Nouns, XCOPY and now Moonbirds are all NFT projects that have gained such success in the space they’ve become their very own brands. 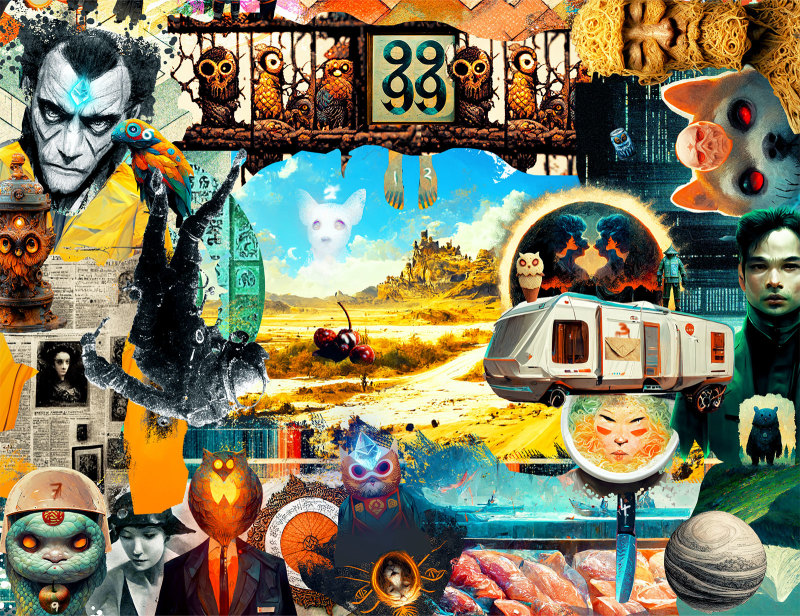 Nouns take this a step further, having developed a community culture with its own symbolism (the glasses), collective activities and shared purpose. Nouns has been CC0 from the beginning, whereas XCOPY made the decision to open up its licensing more recently.

Just a couple of days ago, Moonbirds joined the movement too, intending to innovate in their own ways. 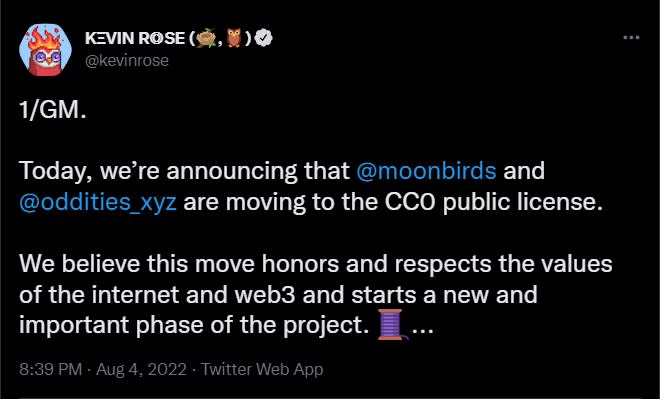 CC0 is the “no copyrights reserved”. CC0 enables limitless creativity, since everyone can use the intellectual property as their own.

The sentiment amongst holders has been split between those excited about the opening up of potential future prospects for Moonbirds, and those who feel it was unfair to make such a pivotal decision without consulting the community. 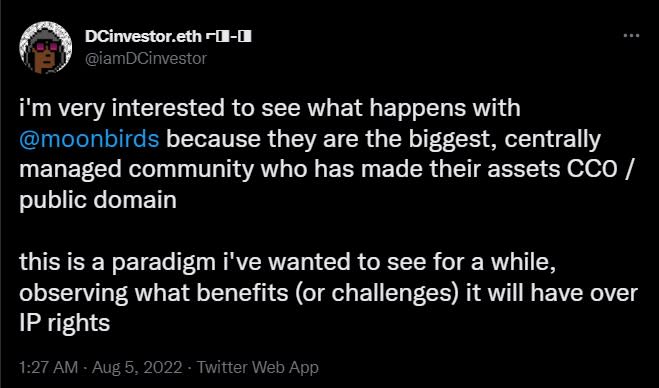 During an announcement AMA, Kevin Rose insisted that this move is “taking a bet” on what could be very high-yielding for the brand, and assumed that by extension, NFT owners would benefit from value accrual. Behind this movement is the idea that new sorts of communities and collaborations can be unlocked when content is made to mirror the openness and permissionless nature of the NFT blockchain infrastructure it resides on. 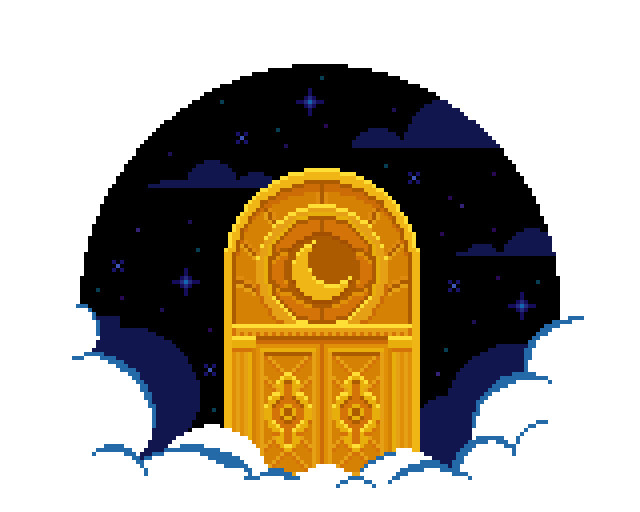 The PROOF team has been working on putting together a DAO: “we’re not turning over the keys of the product to the DAO, we want to stay in the driver’s seat, we’re not going anywhere.” The DAO will have a treasury which will deputise and empower projects being built using Moonbirds’ IP. The road ahead is dark, outcomes unknown, but this is where innovation happens. In their eyes, this is an opportunity to become leaders in one of the biggest defining periods of NFT history.