Interview with Artnome, and His Fight to Save Your NFTs 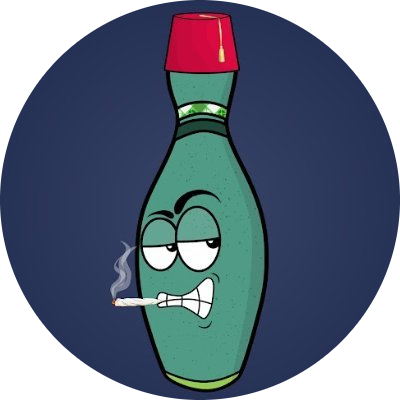 I recently talked to Artnome, who is one of the most interesting people that I’ve ever talked to. With that said, I know how y’all be. TL;DR all day, every day. I didn’t include his crusade to catalog the world’s art, or how in 2018 he went to Christies in London and gave away an NFT for free that’s now worth millions. I left that out to include as much as I could of one kick-ass interview.

Who are you, and what’s your background in web3? 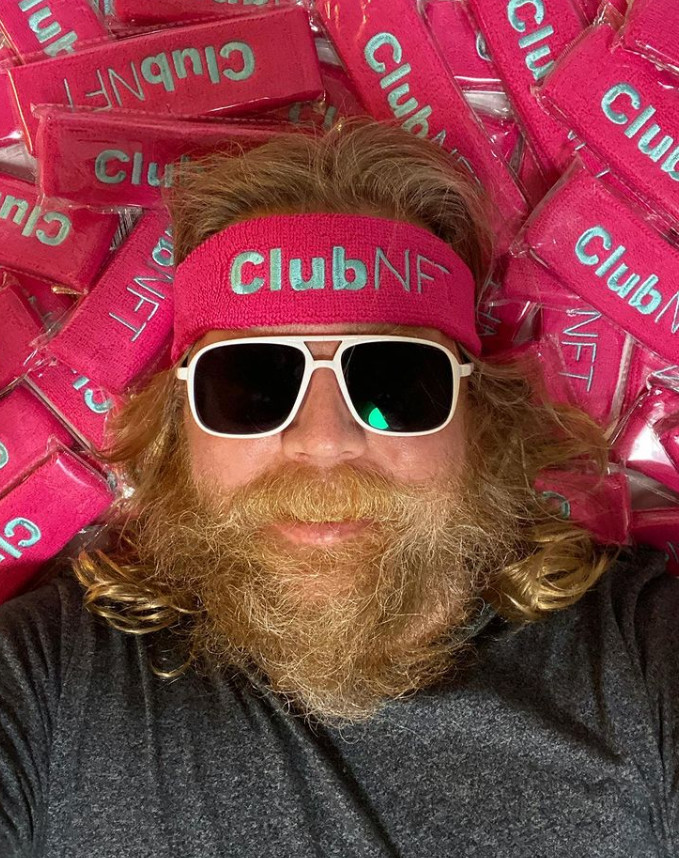 I’m Jason Bailey. People know me better as Artnome. Background in web3 starts in late 2017. Actually wasn’t really interested in blockchain or crypto at all, or didn’t know that much about it, but had been writing a blog about the intersection of art and technology for two or three years. A friend of mine that had written a prediction algorithm using AI for predicting auction prices for art, we were out having pizza and he’s like, hey, you should really look at blockchain. I think it’s something that you’d be super interested in.

I took like two or three hours on a Saturday and was just looking things up. At the time, CryptoKitties were big, so I bought a CryptoKittie and got some crypto. I bought a couple of CryptoPunks back when they were like 50 bucks or something like that. Within four hours I had written an article called The Blockchain Art Market is Here. I had really good SEO because I had been writing about art and tech for so long, but I thought no-one was going to read this.

The next day, I woke up and because we were at sort of the height of the previous bull market, there were a lot of people searching all kinds of things art in blockchain. My article within 24 hours became the number one Google listing. I got literally a hundred emails, and a lot of these emails were, will you come speak as an expert at Christie’s in London or Bahrain or all these random places.

I was like, the problem is I’m not actually an expert. So I was at this point where I was like, do I become an expert? I decided to learn about it and say yes. I was lucky that the Rare AF conference which is where most people think that crypto art as a movement was born, was in January of 2018. It was just a couple of weeks away from when I wrote that article. There was this real energy in the room that something new was really being born.

If you look at traditional art magazines, there’s been this bias against computer-based art that goes back decades, and even the digital art folks who have been championing digital art said, oh, these are just flippers. These aren’t real artists. So Right Click Save, we call it the three legs of the stool. There’s the backup solution, there’s a serious publication that treats these artists and collectors with respect, and then the third aspect was really around discovery. It’s kind of like TV, when I was young, we had 15, 20 stations, but you could always find something to watch.

Now, we have like 300 stations, and I can never find anything to watch. That’s sort of what we’re seeing in the NFT space where there’s so much noise and there’s so much work that it’s really hard to get to the stuff that you would like. So how can we give people based on their past behavior, help them navigate this giant world of NFTs to get some stuff that’s actually suited to what they would actually want to collect? Those are the three aspects.

What’s ClubNFT, and why did you want to start it? 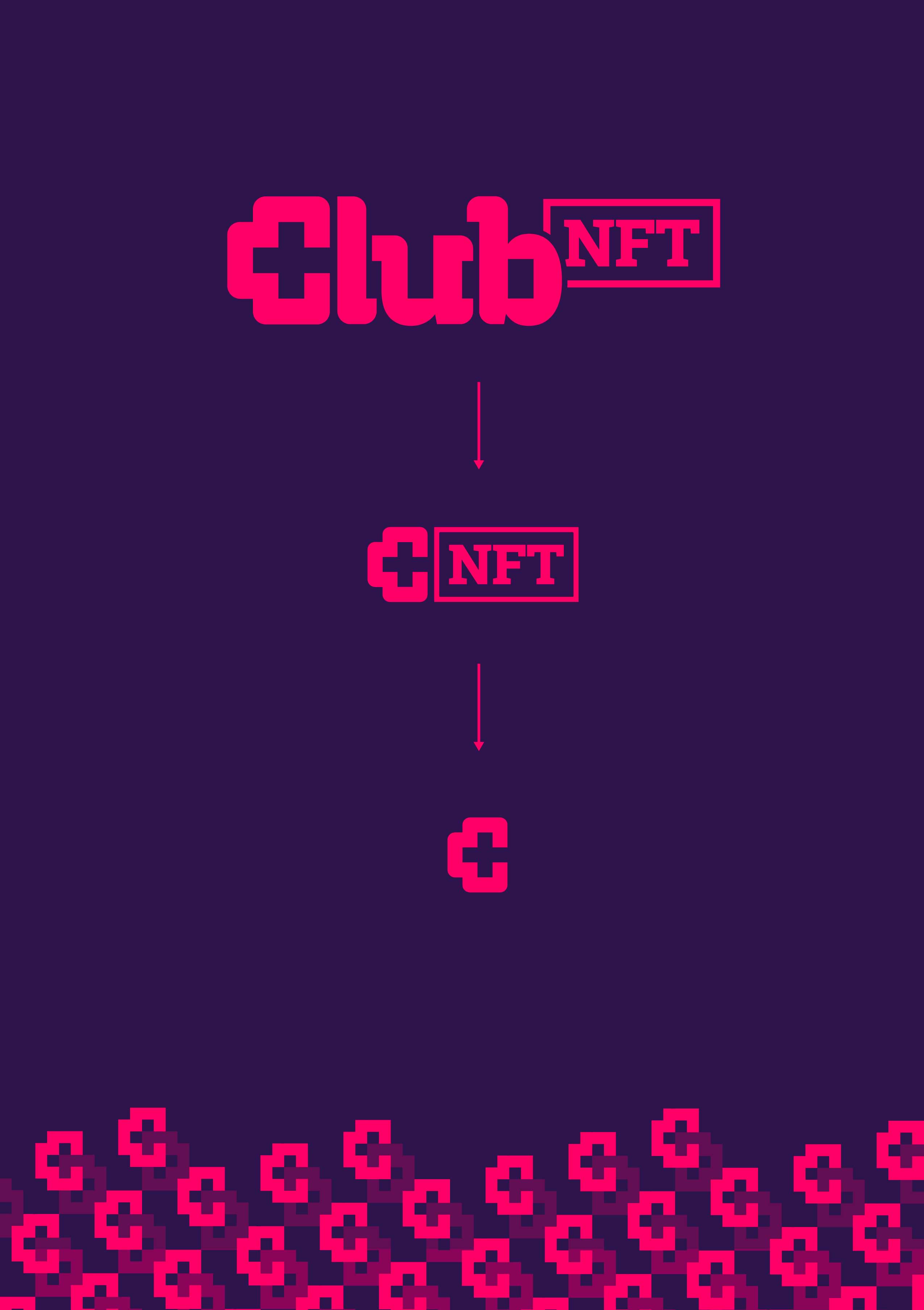 We have a serious gap in the NFT space around a backup solution because I saw the majority of my NFTs from 2018, even though everyone, including me, was like, oh, t hese are decentralized. It’s great. If the marketplaces go down, the power of the blockchain, you’ll have all your stuff. And then Ascribe and Digital Objects all went out of business when we saw what’s happening now happened then, which is we’re in a crypto crash. None of us could access our tokens, or you could access the tokens and they were pointing to broken images.

It turns out about half, a little more than half of NFTs, point to images that are on centralized servers. Those ones are all pretty much screwed already. There’s nothing we can do about it. The other half that are on IPFS, are equally screwed if people don’t start to back them up. So with some urgency, I raised some money to start a company called ClubNFT that does this backup program.

Going back to ClubNFT and the backing up, I’m a little bit of a layman. Can you explain this?

At a high level, the way I would describe it is in that in the early days, most NFT collectors were really savvy crypto traders that started playing around with the idea of combining art and NFTs. And they were very happy just to focus on the token, and the image, if it was coupled tightly to it or not, it’s kind of just like a joke. Like this is what my token looks like. But then when you get to 2021, you’ve got 90% of this NFT market are people that have come into a marketplace, and they spend an hour looking at all the different images and the art. In most cases, they don’t even understand what the token is.

If you’re lucky, they’re on something called IPFS. IPFS is a distributed storage system where when you upload the image to create your NFT, it creates a cryptographic hash. As long as you save the images and the metadata that were associated when they went up to IPFS, if the market stops paying to store to keep those images on IPFS, as long as you the collector have a copy of all those files, IPFS is really neat because you can put them back up into IPFS on your own, and it’ll restore that hash. That link from your NFT will point to the restored file. But you have to have that backup, and then you have to have it on something like IPFS.

That’s actually kind of terrifying, especially considering the bear market that we’re headed into now. I’m assuming ClubNFT solves this problem. We link our wallet to ClubNFT, it backs it up, and we don’t have to lose sleep over this.

That’s what we’re working on. What happened to me, I ended up losing millions of dollars’ worth of NFTs. I own the first three or four XCOPY NFTs, but they were on a platform called Ascribe, which went under. So they’re no longer accessible. I didn’t want that to happen to other collectors, so we built out a solution to back up people Ethereum-based off-chain assets. That’s all the images, videos, metadata because you need it all.

We just finished Tezos functionality, and we’re hoping that by NFT NYC, we’ll have the web app, the front-end. Right now, people are registering. Rather than wait until we have all our UI/UX finished, we’re like, we have to tell people that we’ll back their stuff and start running their wallets for them. All we ask for is your public address and your email.

What do you see for the future of web3?

I’m super excited about it. People love to interface with people who have bullion opinions. Oh, I hate NFTs; I love NFTs. I love the NFT community, but a part of what I love about it is that it’s not fully baked yet. There’s all kinds of infrastructure problems to be solved and social problems to be solved.

I think we’ll see a shift away from marketplaces and selling towards infrastructure solutions. Not just ours, but things like insurance and things like that other person will need as these become more valuable. Shifts towards more ecologically friendly things.

It will be exciting to see art maybe get a little bit more dynamic and interactive and take advantage of the fact that it’s software-based and move away from static images, and blur the lines between music, gaming, and art. All of those things can start to blend together in interesting and explorational ways.

Interview With p0pps, Creator of Regulars

Interview with Carlini8, OG of Web3