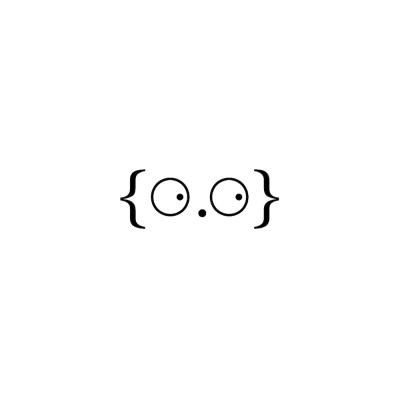 In case you hadn’t noticed, NFT art is on the move! From groundbreaking NFT projects like AutoGlyphs, to expansive new platforms like ArtBlocks.

Art can live in a gallery, in a museum, in a house, in nature, on the street, and now on the blockchain. The crypto art market is booming. https://t.co/QYEz2LRYDu

Generative art seems to have found it’s rightful home on the blockchain and many newcomers to the space are already eagerly curating and building their exciting new collections. Though not everyone knows it, there are a select few projects which found their way on-chain before much of the incredible generative art releases we now know and love...

DID YOU KNOW? Before @artblocks_io and other examples of (de)generative art, there lived the wonderfully basic #Chainfaces created by @NateAlexNFT. It's all generative, and #onchaingang!

In case you missed it, we had a chance to chat a little with developer @NateAlexNFT for last week’s RLE issue. This week we get to learn a bit more about this developer’s unique NFT art projects, some of which have recently enjoyed a substantial boost in trading activity. 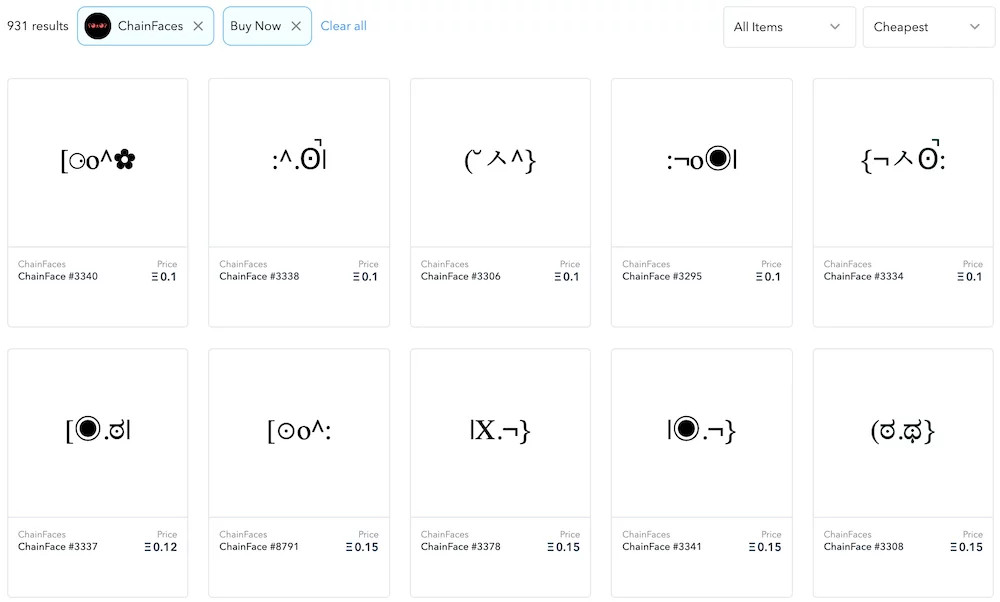 Thank you for spending this time with us Nate. ChainFaces have a great background story!

‘I launched ChainFaces, a generative ASCII text face project, in January 2020. I was still pretty new to solidity and also still working a full time 'real' job. The generative mechanic resided 100% on chain and the faces were assembled by selecting 1 part for each of the 5 sections (left face, left eye, mouth, right eye, right face). I considered it a hybrid of Punks/Glyphs, although with much lower design appeal. Still, all 10,000 sold out in roughly 4 days, at a time when you could buy the absolute best punks for 20-30 ETH. My friend GoWest bought the 7 trait punk for ~27 ETH around that time!’

Ha! These are great! ChainFaces certainly have design appeal :)

After the successful launch of ChainFaces there was no going back for Nate...

‘I quit my job shortly after and went full time in the NFT space. I'd been deeply involved and invested in NFTs for years, but now I was 100% all in. I built the first version of InfiNFT platform which will very soon become the VC backed infinity tokens.’

‘‘The next solo project I launched, SquigglyWTF, was heavily inspired by AutoGlyphs as well as Avastars. I knew that an ultra low edition of 100 would get bought up by degens immediately if I priced too low, so I created a unique auctioning mechanic to throttle the roll out. This allowed the creation of Squigglies to last for ~2 weeks. The demand was extremely high during the sale as most Squiggly cartridges sold out in less than a minute (followed by a 1,000 block countdown to the next auction). I cared about on-chain art deeply by this point, so I was careful to make sure 100% of the metadata was stored on chain, as well as the entire art piece, which is stored as an SVG like it is in the Avastars project.’

‘All pieces were 100% generated by an on chain algorithm, which would be called at the end of an auction by an end auctioneer. mostly I just love that I have created something that will be around potentially for thousands of years!’

A very interesting way to think about it Nate. Congratulations on all of your success! Squigglys are beautiful and we can’t wait to see your next project. Anything you can tell us?

‘Currently my focus is building out the early versions of the Infinity tokens platform (previously InfiNFT). We have plans to make this the premiere NFT creation platform, with the short pitch being "The Shopify of NFTs". There's some big news behind this that I’m currently unable to share at the moment, but all will be announced before much longer. There will be more Atlantes projects in the future and you can be assured that they will be frustrating, exciting, and degen-y as hell. Lastly, I will say that my need to experiment is insatiable. I consider the Larva Labs guys to be the top "smart contract artists" in the NFT space, but I intend on challenging that position longer term.’