Why Tesla Dumped 75% of its Bitcoin Holdings, and What it Means for the Coin’s Future

Elon Musk had called Bitcoin the “long-term potential” coin, but his company Tesla Motors recently dumped a total of 75% of its Bitcoin holdings. 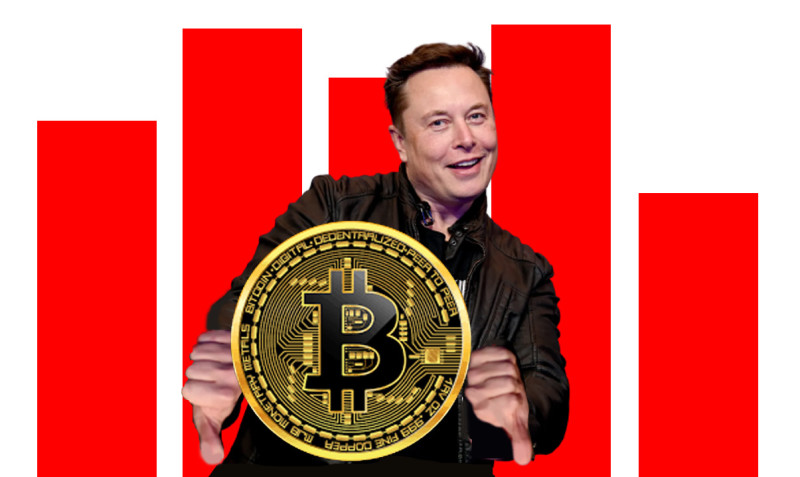 In 2021, Tesla had invested a total of $1.5 billion in Bitcoin. However, after converting it to fiat currency, Tesla collected $939 million by selling its Bitcoin holding, according to an official Tesla document.

A total of $218 million worth of Bitcoin still remains with Tesla. That’s a big step down from its initial holdings.

So why did Tesla dump Bitcoin? 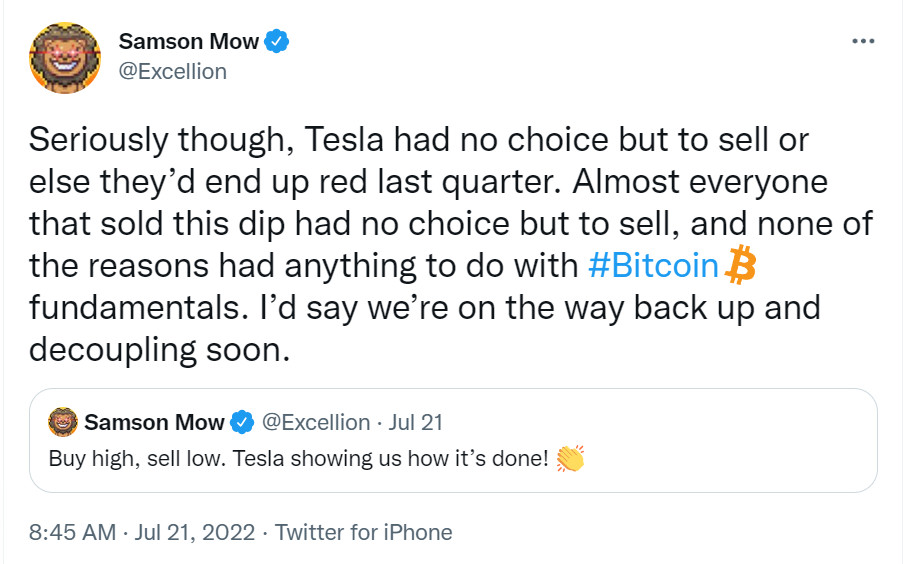 The company revealed in an official document, “In the first quarter of 2021, we invested an aggregate $1.5 billion in Bitcoin. As with any investment, similar to the way we manage fiat-based cash and cash-equivalent accounts, we may increase or decrease our holdings of digital assets at any time, based on the needs of the business and our view of the market and environmental conditions.”

In Tesla’s Q2 earnings call, Elon Musk also echoed similar sentiments about the liquidity of the company amid the ‘uncertainty of the COVID-19 lockdowns in China.’ Elon emphasized that the digital assets were a “sideshow to the sideshow” for Tesla. In other words, Tesla doesn’t think a lot about cryptocurrencies as assets and it may be just something for them to experiment with.

What the Move Means for Bitcoin’s Future

In the short term, the market reaction to the news wasn't as bad as many investors thought it would be. It could be because market sentiments are positive, and bitcoin recorded seven uninterrupted days of gain.

In the earnings call, Musk made it clear that Tesla was not abandoning Bitcoin or crypto. “We are certainly open to increasing our Bitcoin holdings in the future, so this should not be taken as some verdict on Bitcoin…And we have not sold any of our Dogecoin,” he said.

But can Musk's statement allay investors' fears and keep millions of his Twitter followers from dumping crypto? Let’s not forget that he has both the financial holdings and the social influence to sway investor sentiments. Last year, he single-handedly helped Dogecoin gain massive value through a series of tweets.

Musk was also crystal clear on “not selling any Bitcoin,” but this year he did the opposite, so what’s to stop Tesla from dumping Dogecoin or selling the remaining Bitcoin holdings?

In the short term, it doesn’t look like there has been any immediate and sizable ripple effect to the decision. However, in the long run, corporate and institutional investors might take a hard look at their Bitcoin and crypto assets and decide if holding them is really such a good idea, given how prone they are to volatility and market sentiments.