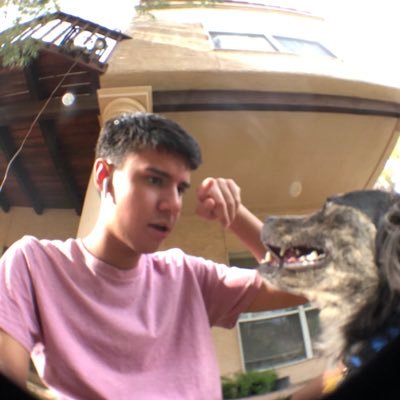 <red>"Lex Fridman:"</red>Let’s first talk about Shib inu...in a crazy move, you were given half of SHIB’s total supply. You burned aka destroyed 90% of it, that's worth $6.7 billion. And you donated 10%, that's worth 1.2 billion at the time to the India COVID-19 Relief Fund, saying you don't want to be the locus of this much power. This is fascinating. Why and how were you able to walk away from this much money and this much power?

Vitalik: The Shiba people were clever, the Shiba people...dumped (their coin) into my cold wallet... Basically, they sent a lot of these dog tokens into this wallet where I, it was very difficult for me to access it. But then I saw these code tokens, I saw more and more people talking about them. And then at some point, I realized that these things are worth billions of dollars. And like, no, there's lots of really good things that you could do with that amount of money. And it would actually be a waste to just like, see it go. So I made the decision that like I would actually power through and figure out how to safely like basically get my private key... at the time, I actually did not even, like have any idea of how much you would be able to get right because like on paper, the dog tokens are $7 billion. But like, in reality, it's a very illiquid market, are you gonna crash it by yet? I actually donated 20% and dumped 80%. The COVID India group got one batch and then there's another group that got another batch.

<red>"Lex Fridman:"</red>A couple of weeks later, do you regret any aspect of that decision?

Vitalik:  I'm sure there was some things that I probably could have done better. I was actually talking to some of these charities and I was impressed by just how much money they managed to get out of selling some of these coins. So I probably could have done better by just talking more with the traders and actually ensuring that they know that they can do a better job of maximizing the value of all of them. But it was a very stressful time. And I did have to act quickly. I did manage to make a lot of donations before a few  days before the Great crypto crash happened.

<red>"Lex Fridman:"</red>Do you see Ethereum as essentially a mechanism to fight for social causes?

Vitalik: I definitely see Ethereum as being a mechanism to fight for definitely some specific things that are social causes. The fact of creating an open financial system that anyone can participate in, no matter where they are in the world, that's a social cause. Just, giving people the ability to organize and create projects, even if it's five people in five different countries. I think that kind of inclusiveness, I think that's a social cause. And it's a core crypto value at, but then at the same time, like the other important, and if part of the magic of Ethereum, that you have to balance that against is that it is also this open platform where ultimately, you know, the thing that go the things that are on Ethereum is just the things that the community makes of it.

Vitalik: The best case is that blockchain continue to prosper. And we figure out scalability so that people can actually start doing things on block... And there's just enough public support and just enough people that see that crypto is clearly doing a lot of good things...The worst-case scenario would be people, suddenly flipping and going into moral panic mode, and saying like “this technology is used by like, you know, insert bad group over the day.” And then I don't think governments have the ability to ban crypto to the extent of just completely preventing blockchains from existing, but they definitely have the ability to really marginalize that.

<red>"Lex Fridman:"</red>Can you briefly summarize your vision on how an ETH 2.0 will make an ETH more scalable, secure, and sustainable?

<red>"Lex Fridman:"</red>When do you think the merge to proof of stake will happen?

Vitalik: I think early 2022 was the most realistic. There's nothing new. There's definitely still like an optimistic case of it happening this year. But the realistic thing to count on is definitely the early part of the very early part of next year.

<red>"Lex Fridman:"</red>What do you think about the explosion of NFT's in the recent months?

Vitalik: I was definitely surprised by NFT's in particular, like I even actually think might be on record somewhere on some tech conference panel where it was one of those overrated or underrated sections that asked about NFT’s and I said,  I think NFT's are overrated. Yeah. And, you know, in retrospect, that turned out to be quite wrong….The nice thing about NFT's would be well, if you're an artist and you can just mint NFT 's and this is a source of revenue, it's like great, that's another stream of revenue for me no creative work that often does still get get underfunded. And that's amazing.

There’s been a lot to process over the past couple of weeks in the crypto space. Especially for those experiencing significant bearish market activity for the first time.