Does 3AC plan to liquidate? 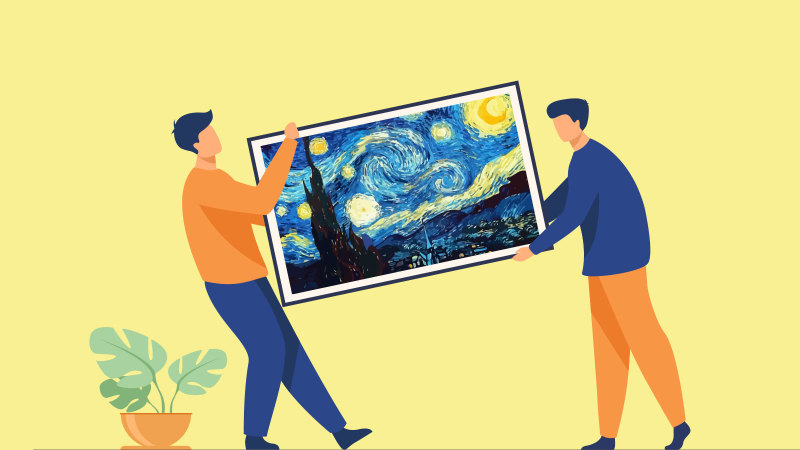 The bear market is getting a lot of people down. The more money you put into crypto last year, the worse it likely is going to be for you now. And VCs who invested big bucks into crypto and NFTs are really feeling the burn.

Starry Night Capital could be one of these crypto casualties. Earlier this week, something shady was going on with Starry Night’s NFT collection. The NFT fund moved its entire collection on SuperRare to a single wallet, with motives that are as yet unknown. 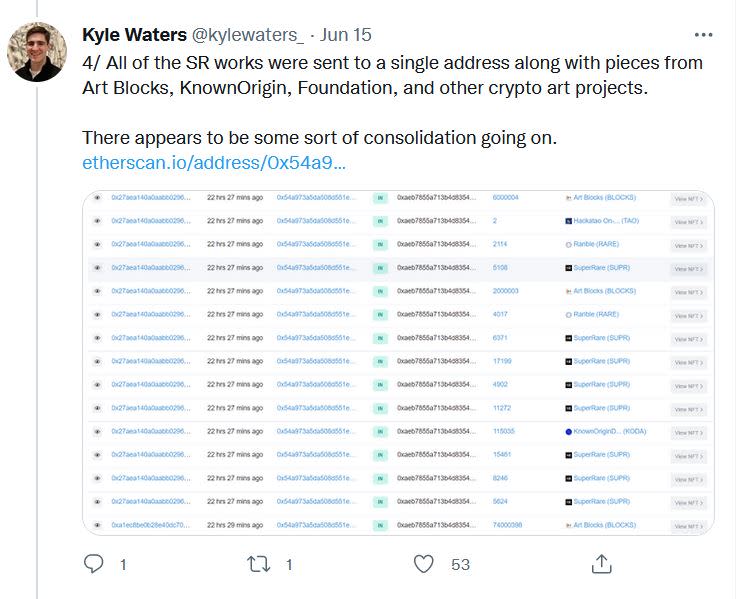 The collection consisted of 70 works and the spending totaled upwards of $21 million. It includes highly valued works such as Ringers 879 (aka The Goose) and the XCOPY work Citizens. Since the transfers were made two days ago, nothing has been moved. Members of the community may be waiting with baited breath to see what happens with the collection.

Starry Night Capital is an NFT fund formed by Three Arrows Capital (3AC), a VC firm that has investments in a number of defi firms and cryptocurrencies, including Terra (more on that later). The firm teamed up with renowned collector Vincent Van Dough to build its NFT collection.

Why transfer all NFTs to one wallet?

Word has it that the firm may be gearing up for a liquidation of their NFTs, and rumors that the company may now be insolvent are swirling around the crypto and finance spaces. And looking at the evidence, it appears to be a real possibility that 3AC could be on the verge of going under.

Crypto trader and investor Moon Overlord documented, with screenshots and all, evidence that 3AC plans on dumping their crypto assets, including NFTs. And it could be because the company has debts to pay, and they’re coming up due. 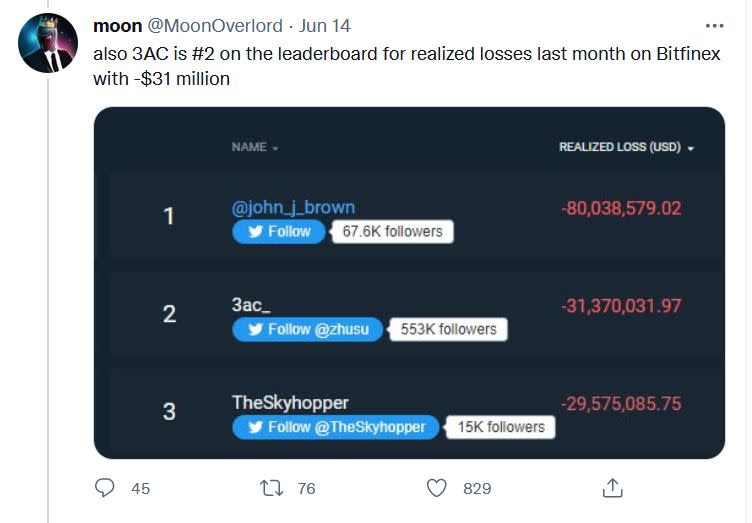 What’s more, 3AC suffered catastrophic losses in the past month. 3AC got rekt hard after the Terra Luna crash, with over $559.6 million locked up in the currency that is now worth only around $640.75. 3AC also wound up at number two on the leaderboard of total realized losses, counting upwards of $31 million.

Zhu Su, co-founder of 3AC, also posted an incriminating tweet, playing up stETH on June 12, two days before the wallet transfers took place. Twitter users of the crypto community were quick to point out what appeared to be a classic pump-and-dump scheme. 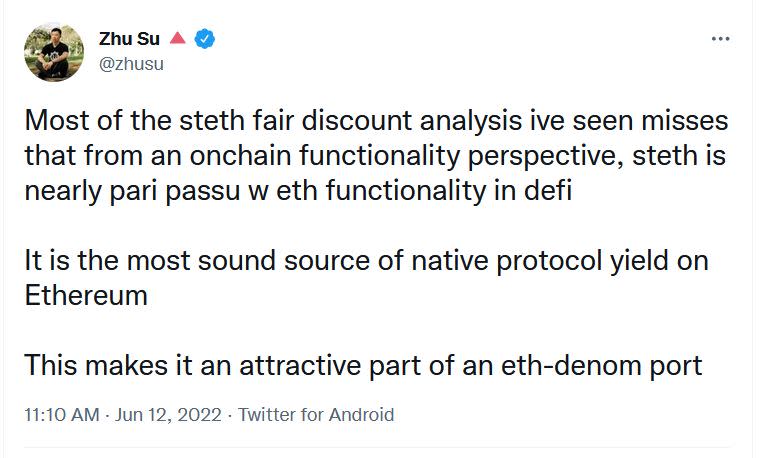 So far 3AC has not confirmed rumors of insolvency, but some form of confirmation did come from Danny Yuan, the head of trading at 8 Blocks Capital. Danny elaborated on the relationship between 8BC and 3AC, in which 8BC paid 3AC a fee to use their trading accounts. As the market was dropping last weekend, 8BC requested one withdrawal, then another. The first was honored, but the second got no response. Other firms with assets tied up with 3AC experienced the same thing. 3AC had ghosted everyone.

8BC also found around one million in funds missing from their 3AC account, which was likely used to answer 3AC’s margin call for another account. Apparently, 3AC leveraged long, and now needs to find the funds to stay afloat. If the evidence is accurate, 3AC may indeed liquidate, and drag other companies and coins down with them. 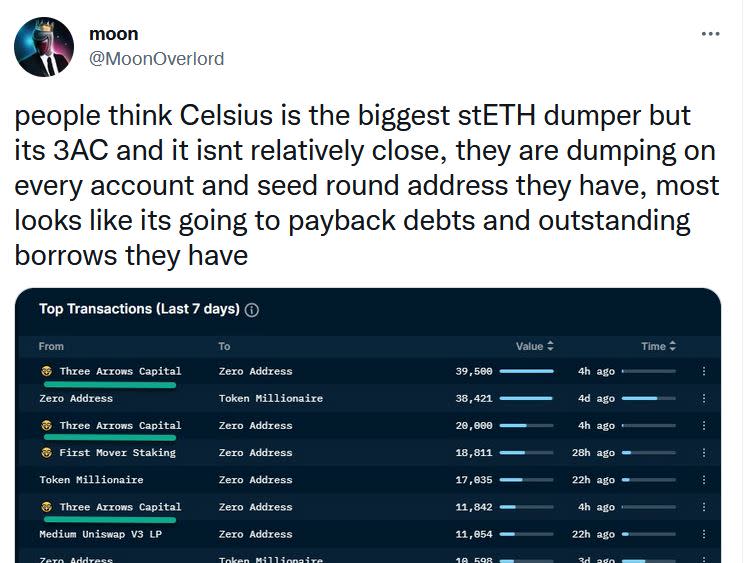 Effects on the larger crypto community

If 3AC does in fact dump their NFTs, it will definitely hurt in the short run; any dump does. And since 3AC had such huge investments in crypto, any and all liquidation on their part will send shockwaves throughout the space.

But I think it will only turn out to be a boon in the long run. Big money tends to attract people who are only interested in making more money. This becomes the driving force in their participation in the crypto community, rather than building something new and exciting and different. To the likes of 3AC, I say good riddance.