São Paulo Just Acquired a Player by Paying USDC, but There’s a Problem!

São Paulo paid $8 million USDC to the Argentinian team, Banfield, to acquire their midfielder, Giuliano Galoppo. Argentina's central bank though is not happy with the transaction. 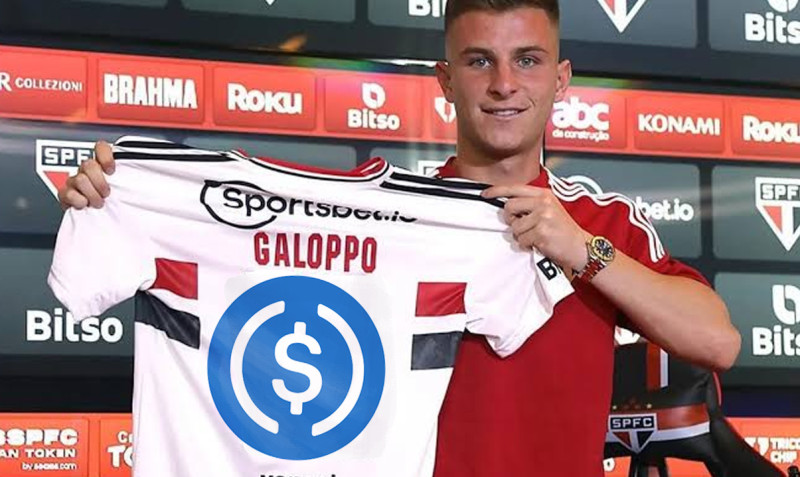 Banfield, a popular Buenos Aires-based soccer team, just sold one of its most popular and skilled players, Giuliano Galoppo, to São Paulo. It is interesting that the payment was made in cryptocurrencies—USDC to be specific! São Paulo paid around $8 million USDC to the Argentinian club for the deal. 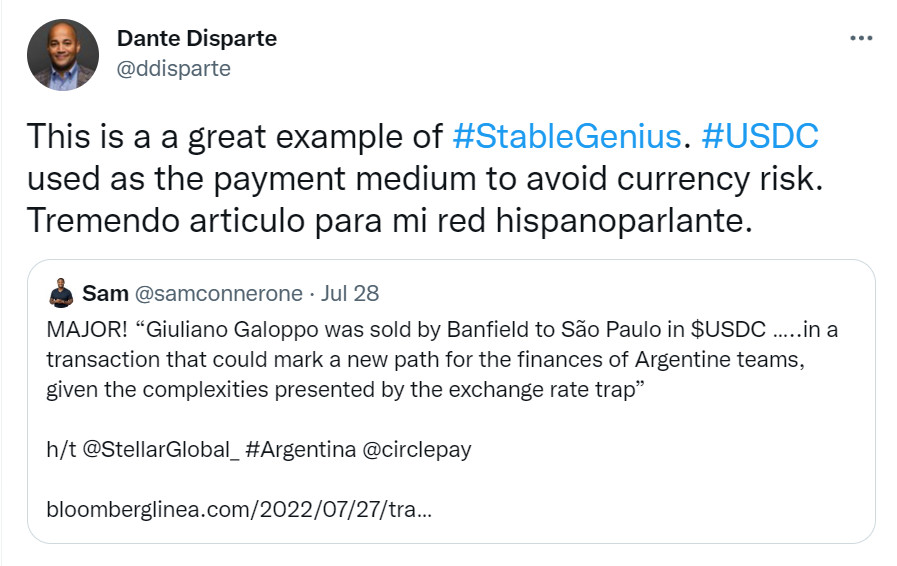 With this deal, Galoppo, the 23-year-old midfielder for Banfield, just became the first soccer player to be transferred in exchange for digital assets in Argentina. The exchange was done on Bitso, a cryptocurrency exchange platform based in Mexico and Brazil. The deal, however, has ruffled a few feathers as it comes with some complexities.

At this point in time, Argentina’s economic condition is not in the best shape. From inflation to soaring political issues, it has been facing some problems for a while now. This is one of the several reasons why interest in cryptocurrencies, and stablecoins, in particular, is growing in the country.

And since soccer binds the country together, Banfield’s crypto transaction has become a huge talking point. The club opted for payment in USDC, a stablecoin. USDC is pegged 1:1 to the US Dollar, which means it sees minimum to no fluctuation in price, a far cry from the Argentinian Peso, which is rapidly falling in value compared to the dollar. So, Banfield actually made a brilliant decision to opt for cryptocurrency payment to minimize the risk.

The country’s central bank was not happy, though.

While Bitso’s CEO, Thales Araújo de Freitas, called the transaction a “historic moment for Bitso, São Paulo and South American soccer more broadly,” the Central Bank of the Argentine Republic (BCRA) saw it as an attempt to bypass the forex law.

It insisted the Buenos Aires-based team settle the USDC with the Single Free Exchange Market (MULC). Under the restrictive foreign exchange rules, forex payments need to be converted to Argentinian pesos at a punitive rate of just 131 pesos to the dollar.

Moreover, BCRA also said that the team would lose access to MULC for a total of three months for violating domestic law as soon as Galoppo’s transfer is completed.

The club has been forced to liquidate its transfer in the official exchange market for a fraction of the profit. In the informal market, the price of the peso exceeds 300 per dollar. This means the company will have to suffer a considerable loss overall.

Overall, the transaction may have turned out to be a huge loss for Banfield, but the transfer of Giuliano Galoppo is a massive win and a revolutionary moment in the world of soccer and crypto!