Ribbon Finance is an innovative project which is opening up Financial tools for average users in a decentralised platform.

Essentially an options contract is an agreement between two parties, not the obligation to buy an option at a preset price called strike price at a preset time. To get that option users pay a premium.

Ribbon Started with USDC, ETH and WBTC products. Opyn was the execution platform for Ribbon users to buy and sell those products. Like most of the typical DeFi platforms, it didn't have a Token when the protocol was released. It was an interesting and exciting project as it was quite a new flavour in DeFi from the plethora of Dexes and Yield farming projects.

Ribbon announced a retroactive airdrop on May 17th for users who had more than 100$ in the protocol. Some of the early investors from Divergence Ventures ( which consists of 3 people in the team ) had basically sybil-farmed ( creating as many wallets to claim airdrop) with prior information of the airdrop. Later dumped those airdropped tokens and got caught by the community. 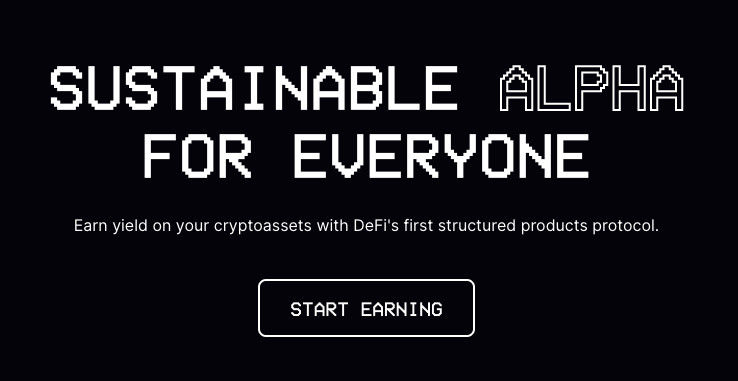 It was brought to light by a community member named Gabagool. What led to the suspicion to certainty was the ENS attached to the wallet that executed Sybil.

this @divdotvc analyst @_bridgeharris has made 652 $ETH and counting from @ribbonfinance airdrops, quite impressive. finding wallets like their's and copytrading them is probably the best way to make it tbhhttps://t.co/vqC1LjyfT3

Community manager Julian jumped in on the action to resolve the issue as it was badly affecting the project and social sentiment towards the project.

There was a lot of speculation of insider information between team and investors, but I'd like to clarify what we did and did not disclosehttps://t.co/4KbEdo331l

He clarified what was disclosed to investors and what wasn’t. Things escalated rapidly and Divergence returned around 700 ETH to the DAO wallet. They tweeted an apology and Transaction hash.

1/6@_bridgeharris is a brilliant young woman new to crypto and still in college. Don't drag her, drag us (@glambeth94 @cjliu49) we run Divergence, and we've been in the space for many years.

We realized that in sybil-ing the $RBN airdrop, we crossed a line. A few notes:

The apology wasn’t enough as many community members pointed out the damage done and the gains they made are astronomical.

see pics. it's been hard to keep up with twitter but cc @0xSisyphus and @gabagooldoteth who seem to be at the center of comms. we're sorry, and we'll do our damndest to do good going forward. it'll take time for us to prove that to you - but we'll put in the work to do so. pic.twitter.com/YkVwMEPeoi

Simultaneously, Julian stepped up to the leadership handling the tricky situation to manage the enraged community and renegotiating with Divergence VC. Eventually emerging victorious with approximately 1.9 Million $RBN from their seed round currently vesting to be donated to fund organisations that are aimed to make the space better with diversity and good practices.

The Divergence team is (physically) getting to the other wallets in the next few hours and will send the remaining RBN to the DAO, totaling 100% of the RBN farmed from the protocol.

It didn’t stop there, and people dug up related wallets and found out that they are doing this with other protocols and have a history of such activities. Most of the VCs are definitely a curse to the long term growth of crypto.

Many of these wallets were created on December 23, 2020 to do 1inch transactions to farm the 1inch airdrop hours before the deadline for the snapshot. It's reasonable to believe that these wallets had insider info on both Ribbon and 1inch.

hey, can see that it was interacting with lyra for airdrop on optimistic Ethereum and taking into account that it was placing deposits around may 18-22 when the insider info was given - divergence is the common denominator btwn both these projects @ZoomerAnon @gabagooldoteth pic.twitter.com/02e14qwCWo

Clearly, there was more to come than expected, 1Inch, ribbon Charm, Lido, Lyra Arbitrum, Optimism, and the list goes on. On a side note, underlined protocols are yet to have a token and these folks seem to already know how much ETH or equivalent is required for Airdrop.

How 5$ wrench attack caused an NDE.