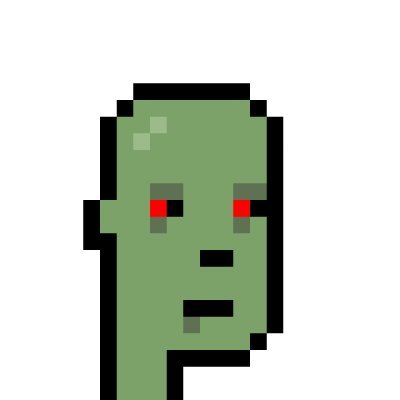 Most people who have can’t help but wonder. ‘Where is he now?’ ‘Does he know what they’re worth now?’

Well wonder no longer. We were recently given a special chance to sit down with perhaps the original OG CryptoPunk, Moxsly.

Dr.Terminus: Thanks for taking the time to talk with me Moxsly. I know you have a very unique story which a lot of people are curious to know. I’m sure you have a lot to go over so please, start by telling us about how your journey began. Moxsly: Well, in early 2017 my romantic partner and I split ways, my cat died, and my rental lease was up. I decided to take some time doing the digital nomad thing for a while. I quit my security engineering job, sold a bunch of stuff. Then I used about half of my savings to buy as much ETH as I could. I'd returned from visiting some family in Alaska for a few weeks and was staying with some other family before I took off for Southeast Asia. That’s when I came across a Mashable article about the first art on the blockchain: CryptoPunks.

Dr.Terminus: I read that article too. Only I think you found it a little sooner than I did! So you quickly decided you were going to claim?

Moxsly: I loved the idea and what they were about and I almost immediately started claiming Punks. The first one I claimed was 2077 since Cyberpunk 2077 had just been announced. After taking note in the project description that there was exactly one Alien with a Pipe, I set to work sifting through all the Punks to find him (it was very manual in that day...no easy attribute categories or anything) and to my surprise he was unclaimed!

Moxsly: Shockingly, after quickly searching I was able to claim all the other Aliens except the one with the cowboy hat (claimed by someone we haven't seen again unfortunately) and the one that the Devs had claimed for their reserve. Next, I started claiming Apes. Seven on my straybits.eth wallet. Once all the Apes were claimed, I grabbed a few more assorted attributes like tiaras and hoodies. I also grabbed a few cool numbers like 3141 and 2600. I figured that was plenty and I should stop to let others claim. By the following day, all 10,000 Punks were claimed! Just a few days later I left for Sri Lanka, where I adventured for the next two months. Occasionally after days exploring, and when the internet worked in the guest house where I was staying, I'd hang out in the Larva Labs Discord channel to chat with some of the other early claimers.

Dr.Terminus: I remember early Discord members were definitely coming at you for those Aliens...

Moxsly: I kept getting larger and larger bids on the Aliens. A few ETH here and there (which was a ton, or so it seemed to us back then, just slinging silly things called Punks). Eventually I got some pretty large bids on them, for 8 or 10 ETH. Finally, I sold one. While I was still in Sri Lanka, still very involved with Punks, I spent a day every week visiting a dutch forest buddhist monk named Nyanatusita. We talked philosophy a lot, but also we talked a lot about blockchains, cryptocurrency, smart contracts, and CryptoPunks! He was very interested, curious, and surprisingly tech oriented.

Dr.Terminus: I was stunned when I saw the price of the first Alien to sell. I had so little extra money to invest, I could only hope to have 10 full ETH, let alone be able to put 10 ETH towards an Alien JPEG! What next?

Moxsly: Eventually I sold a few more with the understanding that if I hoarded them all, it wouldn't be good for the project. Some of that Alien ETH was also donated to the EFF as part of an agreement. After long enough, I was down to just 7804, the Alien with the pipe. So I moved on to slowly selling some of the Apes during my travels. I didn't need the ETH to keep traveling and extending my stay, though I believe there were rumors this was my reasoning. I had always planned to basically travel indefinitely. So I carried on like this.

Moxsly: Eventually, the seven Apes were all sold too. By then I was traveling to much more remote areas in Indonesia, India, and Nepal, with much less time to chat online and worry about Punks. Crypto-winter also took some of the wind out of me. So I put crypto in general out of my mind for a while and worked on getting some security certs and doing more remote consulting work. It took me a year, but I ended up earning the OSCP, OSCE, and OSWE from Offensive Security, which was a lot of fun! Since COVID began I've been hunkered down in Indonesia, waiting to move to another country. With some of my idle time, and with crypto back from it’s long winter, I dove back in. When I learned that Christie's had earmarked CryptoPunks as a historical milestone in the world of art (paraphrasing) it kind of took my breath away. I saw how much the Aliens and Apes had sold for and I can't say I didn't have some regrets. It was surreal to see the avatar I'd used for years, go from a fun little Ethereum art project, to suddenly selling for 4,200 ETH and becoming world famous… I also know it was important to have let them go. Otherwise, CryptoPunks may not be what they are today.

Dr.Terminus: I certainly agree. I believe the entire CryptoPunk community owes early members like you a tremendous deal of thanks.

Moxsly: Once back into crypto, and diving back into my Punks, I found I still had a few tiaras, a couple others, but none on par with Aliens or Apes. Or so I thought... I was digging back through some old Txs, trying to find a smart contract I'd interacted with once. It was ‘Initial Pixel Offering’. The project is bust now, but it was there I realized that I'd claimed an Ape in a second wallet which I'd completely forgotten about! I dug it out, and sure enough, an Ape with a cowboy hat, #5577 was there patiently waiting.

Moxsly: So I've put him up for sale and now I am patiently waiting for someone to adopt him as their avatar. I've been hanging out with the new and lively Discord punks who have entered the world of CryptoPunks, as well as exploring other NFTs and platforms like Ether Cards and Art Blocks (run by our own OG punk Snowfro, who is a true visionary!) I've even minted some of my photography on 'The Foundation’. It’s mostly experimental long exposure light paintings and trippy color infrared film photography so far, but I'll likely mint some of my photos from more of my wanderings at some point.

Moxsly: I’m thrilled to be welcomed back, and even been gifted an incredible Raster Eyes hand crafted avatar + GIF commemorating my return! It is great to be back with the Punk’s community, more vibrant than ever! While I am selling my rediscovered Ape, I will always hold some Punks, and will never be Punkless! 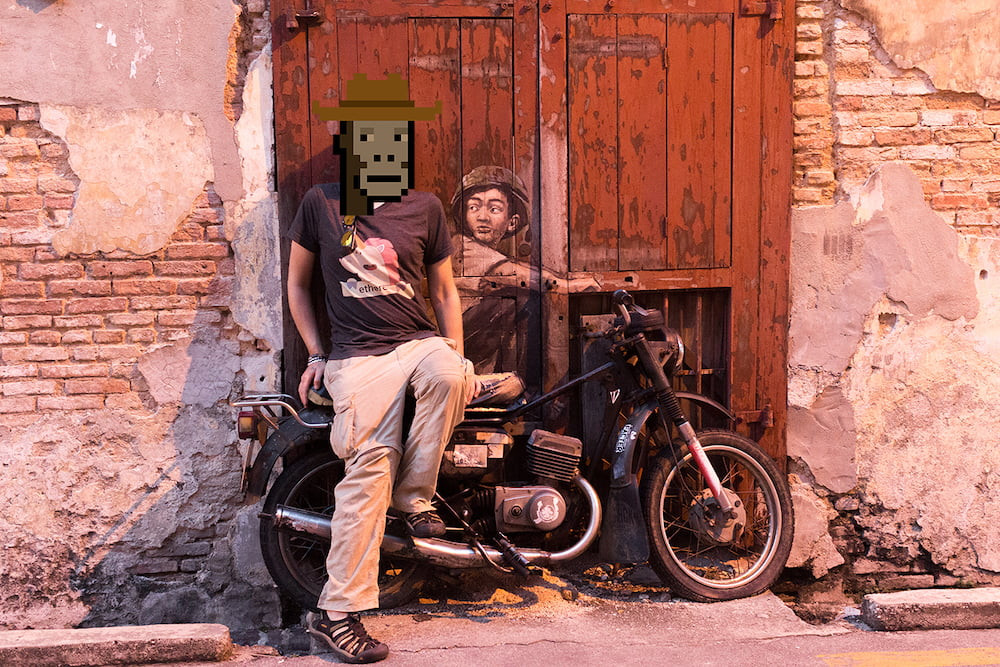 Dr.Terminus: Absolutely incredible story Moxsly. I am so happy you claimed that Ape Cowboy in a second wallet! ‘Stray bits’ for the win right?! Thank you very much for sharing with us all. 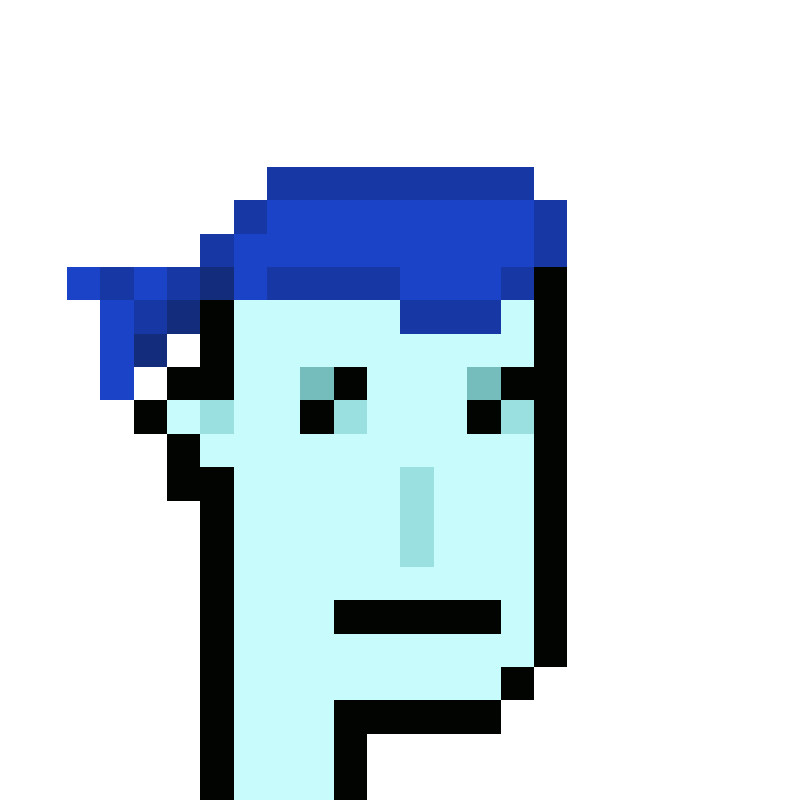 You are a living legend Moxsly, and a true punk for life. I’m sure we’ll be seeing you around :)