What do Zagabond’s abandoned projects tell us about the future of Azuki? 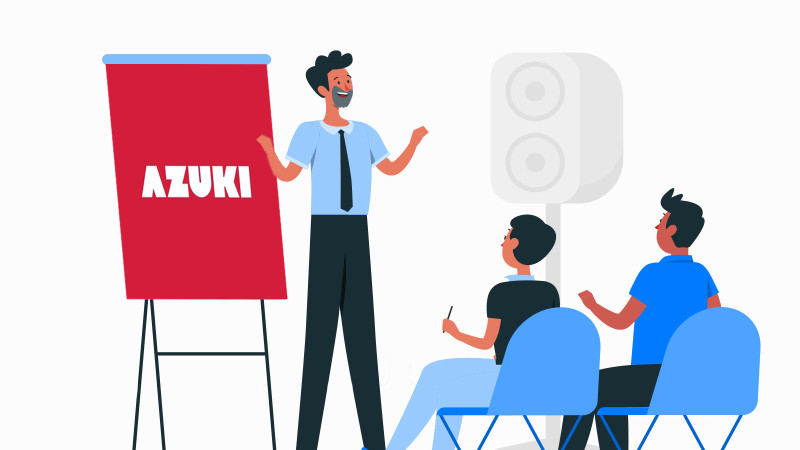 The Azuki seemed like the rarest breed of all: a controversy-free NFT collection. That was before founder Zagabond admitted to using false identities to promote - and subsequently abandon - three other projects, netting $3 million in the process. The price of Azuki plummeted from 23 ETH to just 8 ETH on the news.

In one of the strangest and most ill-judged blog posts that you’re ever likely to read, Zagabond lists three abandoned projects: CryptoPhunks, Tendies and CryptoZunks. He was behind them all, and each was ditched after delivering only a fraction of the promises made. Cryptophunks is branded a “parody collection.” Zagabond admits to abandoning Tendies with only 15% of the chicken tenders minted. CryptoZunks was ditched because of gas fees and lack of community interest. Only 15% of the promised roadmap was ever realised.

The blog is framed as Zagabond learning from imperfect projects to create a perfect one: Azuki, but nobody else sees things from his point of view. These projects have all the hallmarks of classic rug pulls and were called out as such across Twitter. Zagabond’s claim that the collections taught him to “lead, not follow” is small comfort to collectors who lost funds as the projects were left to gather dust.

So what does Zagabond’s dubious history tell us about the future of Azuki (if you think it has one…)?

#1 Don't count on the roadmap

If there’s one thing that the abandoned projects have in common, it’s the ease with which Zagabond abandoned his roadmap. A pitiful 15% of the CryptoZunks airdrop was claimed and Tendies didn’t even make it that far before its socials and Discord were shut down. Zagabond makes plans to break them, which sheds a worrying light on some Azuki’s vaguer mind map pledges. For example, under “game,” the devs concede that it’s a “huge endeavour” and suggest that creating a game is a matter of “if.” Others aims are marked “exploring” (including important plans like IRL events and the DAO). One of the mind map goals on "Bridge Between" has already been blurred and stamped with “redacted.” For Zagabond, plans are fluid and not definite. They could change or be scrapped at any time. Some will call this adaptability, others unreliability.

The blog is startling because it shows just how much importance Zagabond places on community interest for the continuation of a project. When that interest wanes, he doesn't try to whip it up again. Instead, he presumes that the interest is gone forever and walks away. He ties Tendies' demise directly to its lack of a community with “real substance.” For CryptoZunks “the community was no longer connected to the meme.” Zagabond talks about community building as though it’s somebody else’s job or something that he has little influence over. The blog concludes with an odd assertion that it’s communities who should inspire developers; not the other way around. Despite a price collapse, the Azuki community seems relatively strong, but what if that interest wanes? If Zagabond identifies an opportunity elsewhere (with strong public interest) - could he be tempted to walk away and chalk Azuki off as another learning experience?

Zagabond really, really likes storytelling. His enthusiasm around CryptoPhunks didn’t come from the NFTs but the character of Philip, a fictional intern charged with flipping them. For Tendies it was the tale of a chef who might cook a golden tendie at any moment. The story of Zunks was its “memetic” value. This explains the detailed nature of the Azuki world with its Garden, coherent anime art style and vivid characters. Azuki will almost certainly develop a stronger narrative as the project matures. That would also play a large part in the game (if it materialises). Future airdrops will likely be used to flesh out the world still further and build the narrative.

#4 Minting will get more innovative

If storytelling is Zagabond’s main motivating factor, the minting process comes a close second. He blames “gas costs” for part of the CryptoZunks failure and admits to being "fascinated" with minting. This will shape the future of Azuki. The project already minted on a more efficient ERC721A contract (which allowed multiple mints for substantially less gas and avoided horror bottlenecks like those experienced during the Otherside drop). Azuki has already had one successful airdrop (Beanz) but expect to see many more and continued tweaks to the minting process. Given Zagabond’s fascination, it’s unlikely that he’ll stop at the contract. New ways to mint, new user experiences and innovative processes are likely to follow.

#5 Collectors won't be as valued as you think

The most stunning takeaway from the blog is how little those abandoned projects weigh on Zagabond’s conscience. Although he’s since apologised on Twitter, there’s absolutely no trace of remorse in the blog. Rather, he simply talks about how dabbling with and scrapping these projects benefited him and helped him to learn. After CryptoZunks he vowed to “build something more meaningful.” Tendies led him to conclude that he needed a project with “real substance.” Phunks just taught him that stories are kinda good. A follow-up Twitter post shows at least some awareness that he shouldn’t have made these projects - with real collectors spending real money - out to be “learnings on the way to Azuki.” It’s all come a little too late for many, though. That level of self-interest can only be concerning for a collection with as much locked in capital as Azuki.

The Rise of Azuki

Gas Wars and Failed Transactions: The True Cost of Otherdeeds