How a 12-year-old Made 160K Overnight With Weird Whales 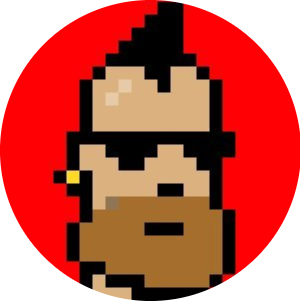 Unbelievable to controversy, Euphoria to Respect. 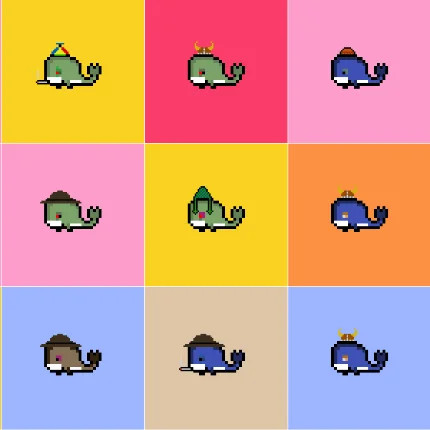 “I am planning to HODLmy 84 ETH, if I get serious FOMO on NFT I might get it” -Benyamin Ahmed

Crypto Twitter and collectors were amazed and equally in disbelief when the word got out about a 12-year-old Ben coded and minted pixelated NFT collection.

Ben spends time in Metaverse, coding and challenging himself day in day out since the age of 5

“I got inspiration from  Minecraft to create my first NFT collection. Minecraft Yee Haa”  Said Ben when asked about his first experience and motivation behind it.

His father, Mr Imran has been a guide, who has been working in Web development for more than 20 years. “Ben was curious to understand, learn and experiment”  Stated his father.

“He got interested more into when the avatar stuff from boredape and he started looking at crypto punks. He did all the traits and the base layer. He met v from boringbananas online, and v was kind enough to annotate him with notes. I went on like a 2-hour walk and when I came back he and his brother were around the laptop, they were really shocked these pictures look amazing. This first time we had looked at all the background traits and how they're all unique, it was almost like something magical had happened” - stated his father Imran.

When asked about his perspective of the crypto space and NFTs - “I originally got into coding from the age of  5 with HTML, CSS and simple bootstrap components then inspecting elements and see how websites were made and see how different divs and functions on the page. Two years ago, I started a JavaScript course named Free Code Camp. we have to do a challenge. Code wars had one hard challenge, one easy challenge. Additionally, I'm also learning regex.

I got into NFT's. I found them cool as an online flex, later on, I started admiring the artwork. After Minecraft yee haa, I worked on weird whales.  Where all the traits and backgrounds with the python script to create these NFTs. initially, I've got about 20 sold however, V from boringbanana has picked up on it and tweeted about it. Suddenly, the numbers went to 100s”

When asked about the metadata and image traits, Ben explained “Making the trait layers, it took two weeks because I was doing them off the school, so I didn't get much time. During the summer holidays, I put all the trait lists together on Python scripts. It took about eight hours to generate all 3350 images. It took a long time to generate all the images but for metadata, it took less”

Ben has a long way to go with coding and a prosperous career is ahead of him. Gaming and learning were not enough for Ben’s curiosity, the perseverance and humble beginnings is what the crypto community is all about. We wish Ben all the success in his future endeavours and hope to see more from him.

Even though I specifically discussed Cat NFT saturation (and how we STILL aren’t there) just a few short months ago, somehow these cats snuck up on me.

Prometheans: NFT Monks Preserve the Spirit of the Space.

Genuine Undead: The Power of Community

Is Fractional Ownership The Future Of NFTs?