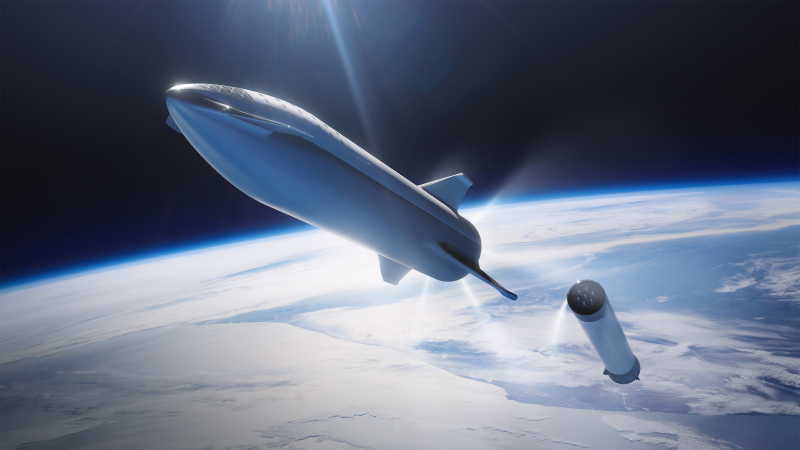 Ethereum Name Service (ENS), which provides decentralized naming for wallets and websites, announced it will be decentralizing and launching governance tokens with the ticker symbol $ENS, with the airdrop expected to roll out on November 8 along with the transformation of the organization into a DAO. ENS will kick off a delegation process whereby holders will be able to nominate DAO delegates, including themselves. The snapshot for the drop was taken on October 31. Those who purchased from Opensea or directly from the ENS platform are eligible for the airdrop, which is  per wallet as opposed to purchased names.

I've spent the past ~5 years building ENS, and it feels like it's all been leading up to today.

I couldn't be happier that ENS is taking its next big step towards decentralisation: giving control over the protocol and its collected fees to the people who made it a success. https://t.co/kb9F2sGmDZ

ENS is one of a  few projects in the space that has had no external funding,  with no token allocation for venture capital investors. ENS has been completely built and developed by a developer team consisting of 11 members. The team, like many others, is using tokenization as a way of “going public” and introducing monetization into the ecosystem. Decentralized governance will open up different value accrual opportunities, like collaborating with other projects in the ecosystem and Web 2.0 applications.

Several weeks ago we worked with our lawyer to draft an Ethics Policy statement for the ENS core team that works for True Names LTD (the non-profit that develops ENS).

ENS is currently used by more than 137,000 wallets and it has been regarded as one of the best use cases of NFTs in an effective manner. The announcement came just weeks after ENS integrated support for images in metadata.

The team dropped additional details of distribution and tokenomics. In order to shed light on some assumptions, Brantley.eth, the Director of Operations, published an article with the full allocation of tokens and distribution. He urged the crypto community to take part in the DAO formation and beyond: “People can contribute by being delegates, submitting proposals to the DAO, and discussing the future of ENS in our Discord. We want as much community involvement as possible”. He went on to state that there has been an overwhelming majority of delegates' applications received in a short period of time.

The airdrop of $ENS is based on the total time of an address's registrations with the following formula:

The total (x) is multiplied by 2 if the account also has a Primary ENS Name set. (The total time of future registrations is capped at 8 years.) 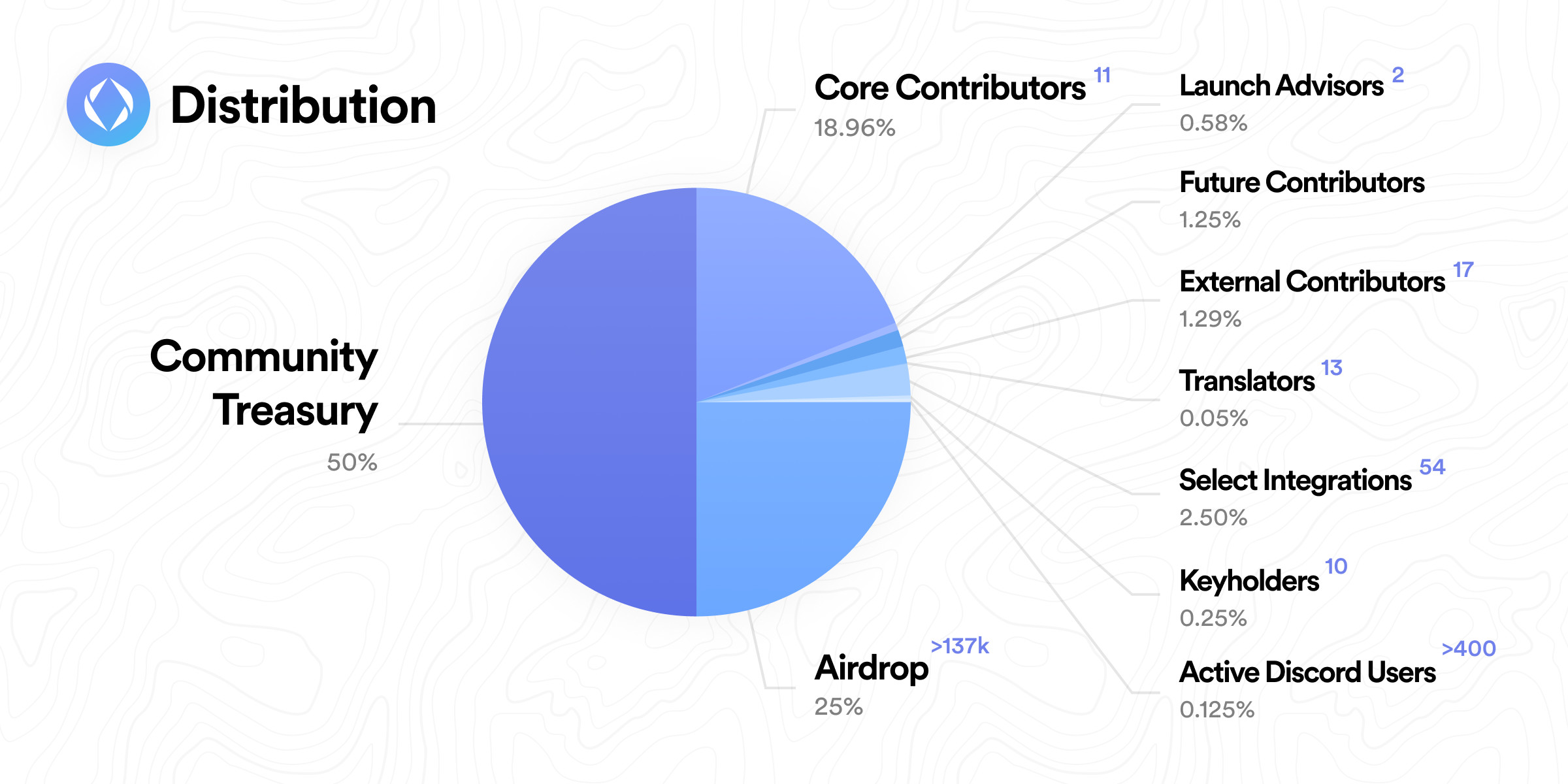 Despite the fact that ENS tried its best to prevent a Sybil attack, there were some suspicious transactions from certain wallets that the team investigated and then blacklisted from claiming airdrops.

Recently we were made aware of a cluster of accounts that appeared to be designed to farm the @ensdomains $ENS token airdrop. We've taken a close look at the accounts, and considered several options. I'll outline what we've described and our reasoning. 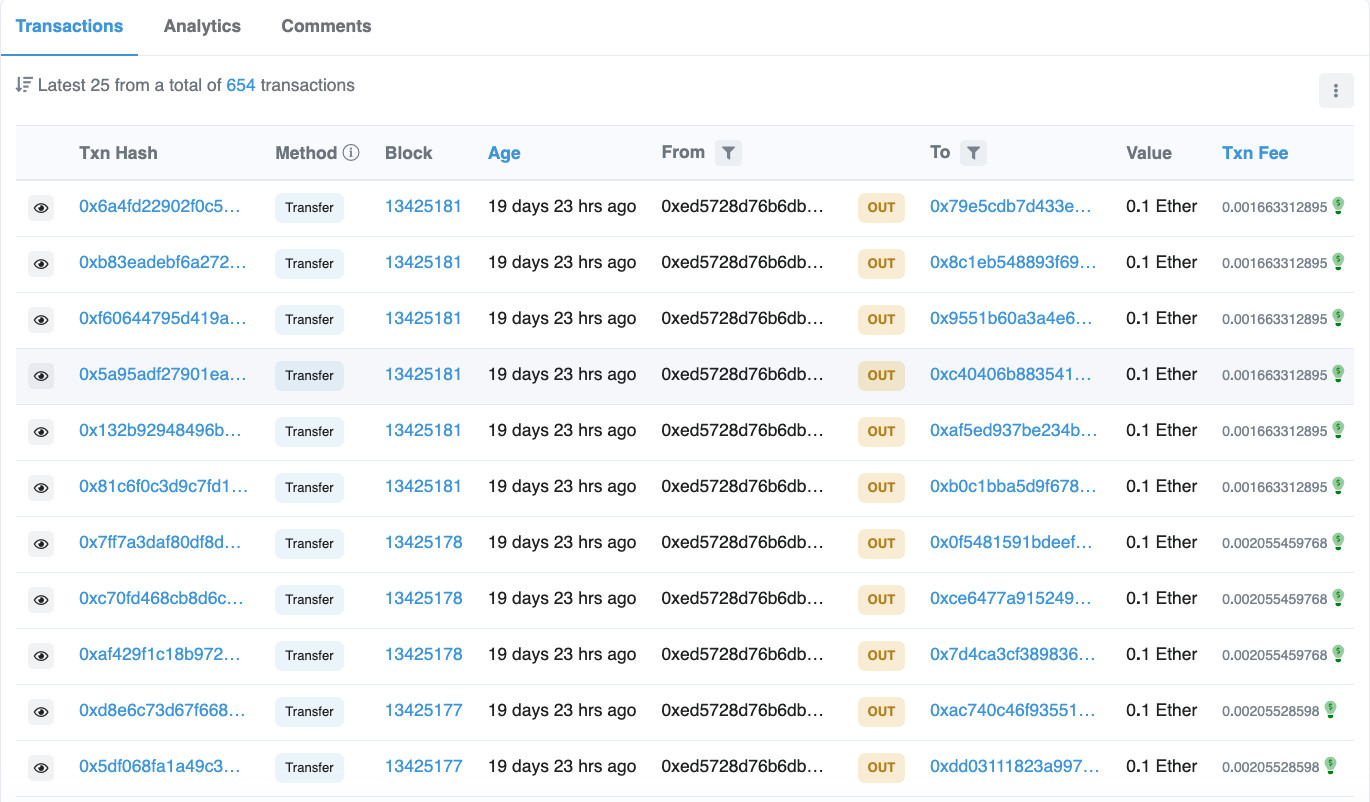 ENS is one of the oldest projects focused on building in the Web 3.0 ecosystem,  having been in development for more than six years. A retrospective airdrop to true supporters and advocates of ENS community is one of the fairest methods of token distribution. While DAO structure and community governance are taking shape, we expect ENS to become a dominant force with new integrations.