One day Gremplin began toadifying profile pics of frens of the server, converting Punks, CoolCats and others into pixel toads for fun, to the extent that it became a bit of a meme.

Cryptoadz started as a fun NFT project for a bunch of frens (OG team) from the punk discord earlier this year. Pretty soon they saw the potential if they could scale up and they rolled up their sleeves to make the fun project to collective greater efficacy.

Gremplin, the mastermind behind the creation, is an OG in this space and he is one of the 10 Nounders behind Nouns DAO project, He has created many 1/1 pieces and editions.

Eventually, a group of frens got together and decided to make a fun NFT project. They approached Gremplin. Hence Cryptoadz was born as a project which has a trading volume of 11.2K ETH and the floor is 1.47 ETH at the time of writing.

The team’s approach to royalty and fair usage has been generous, to say the least. it is a mere 1.25% which entirely belongs to Gremplin just the way NFTs are intended, he has been given full control to explore his witty imagination to express in a vivid and crazy hybrid keystroke. On top of that, Toadz are not copyrighted and approved for free commercial use. This means - You can copy, modify, distribute and perform the work, even for commercial purposes, all without asking permission. 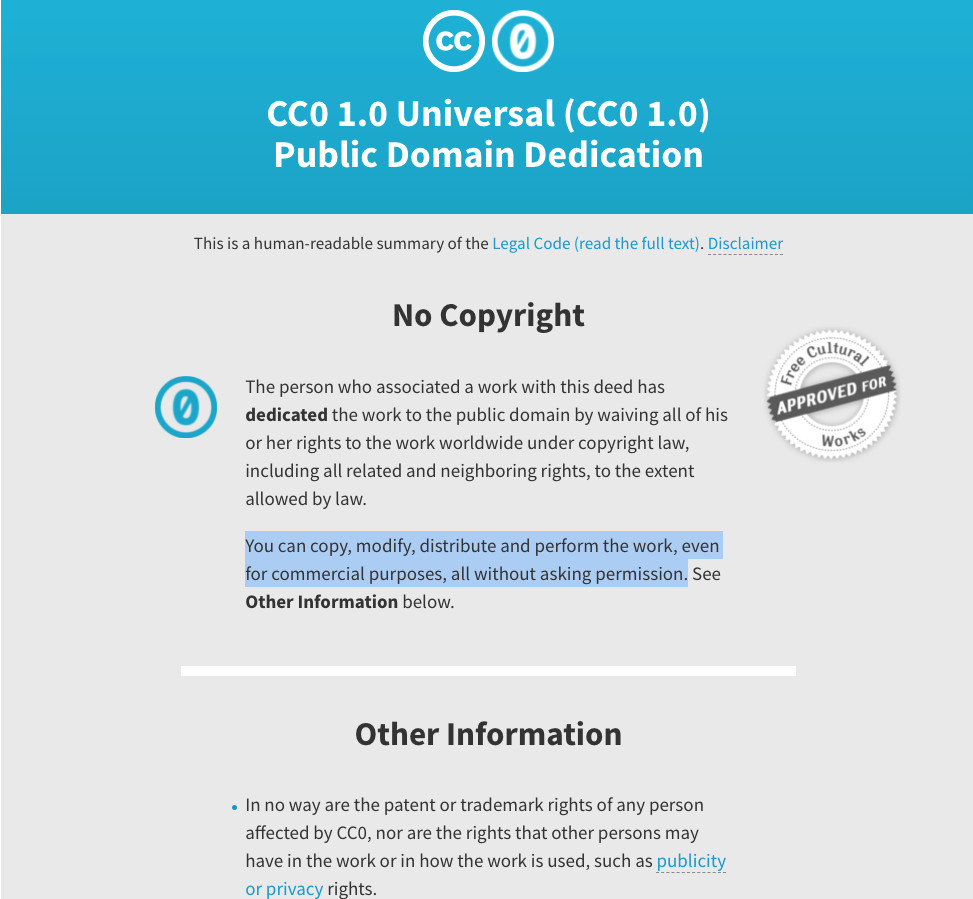 “I think what makes Cryptoadz unique is Gremplin's referential style and irreverent artistic voice. His work is silly and fun. It comes across with an earnestness that resonates with a lot of people. To some degree of protest from Gremplin himself, our team decided to lean into this by branding the project "Cryptoadz by Gremplin". It is our hope that other projects will take our lead and more heavily feature the creative talents behind their work.” HEEEEEEEEEEE added when asked about key differences of Cryptoadz in respect to other projects in this space.

That has worked incredibly well for them as it ranks No.5 on the 7-day trade volume on the Opensea. 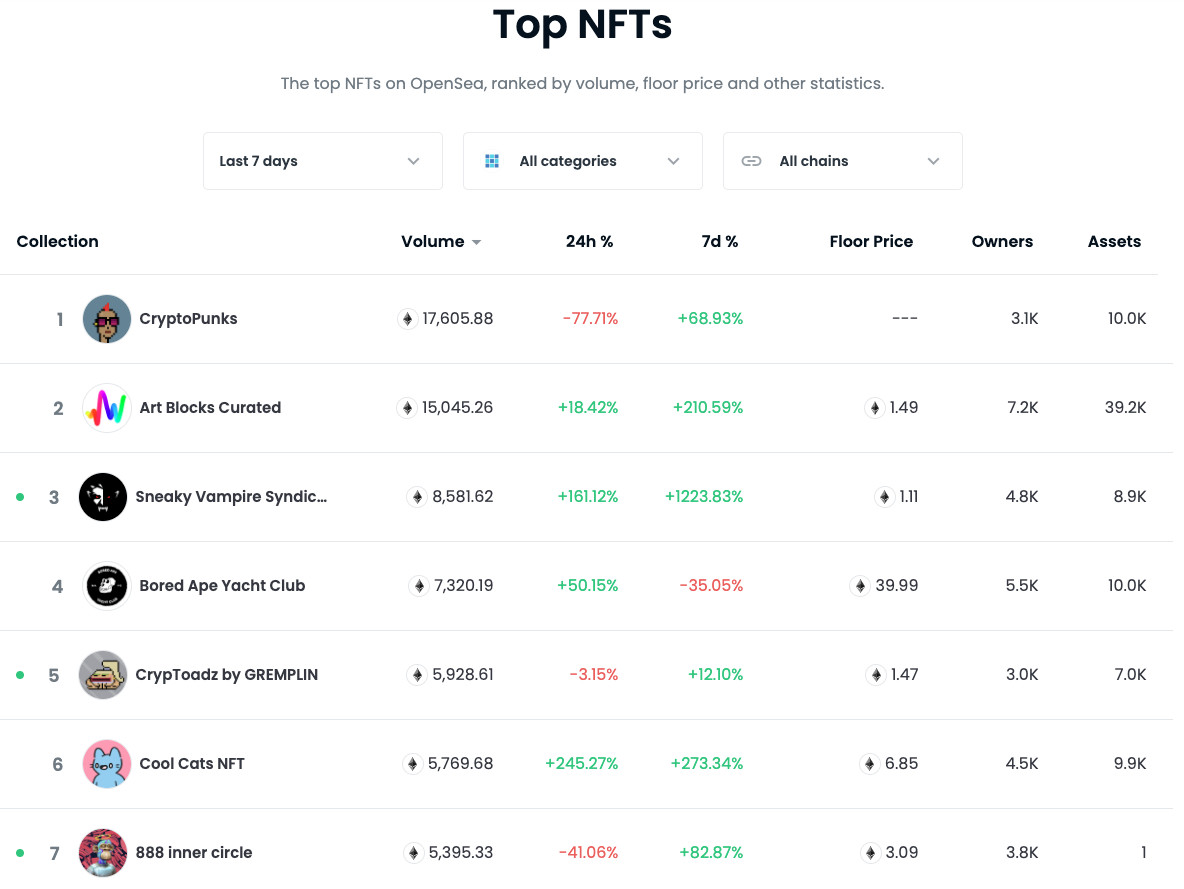 A true passionate group coherently working on an experimental fun project raising millions of dollars in trading volume over a week is incredible in itself. Perhaps the NFT DAO revolution has begun. They are not offering any roadmap or crazy hype marketing promise. Instead full control of the collection's assets to unlock a new use case of merging not just those NFTs but communities, a cross-community hub for cool vibes and meta hangouts. As they say “We wanted to create a project by the community, for the community”.

The community-driven and inclusive approach has led to some community champions like Motivateme, among other awesome members of the Cryptoadz and Punks discords. It is a compounding effect of countless hours vibing and fostering the toad community. Due to the ripple effect of Gremplin's toad memes familiar in various discord servers, community growth has been fairly organic and natural.

Though they have no official toadmap, that does not eclipse their growth and progress as their cohesion is paving the way for an explosion of new members on discord. 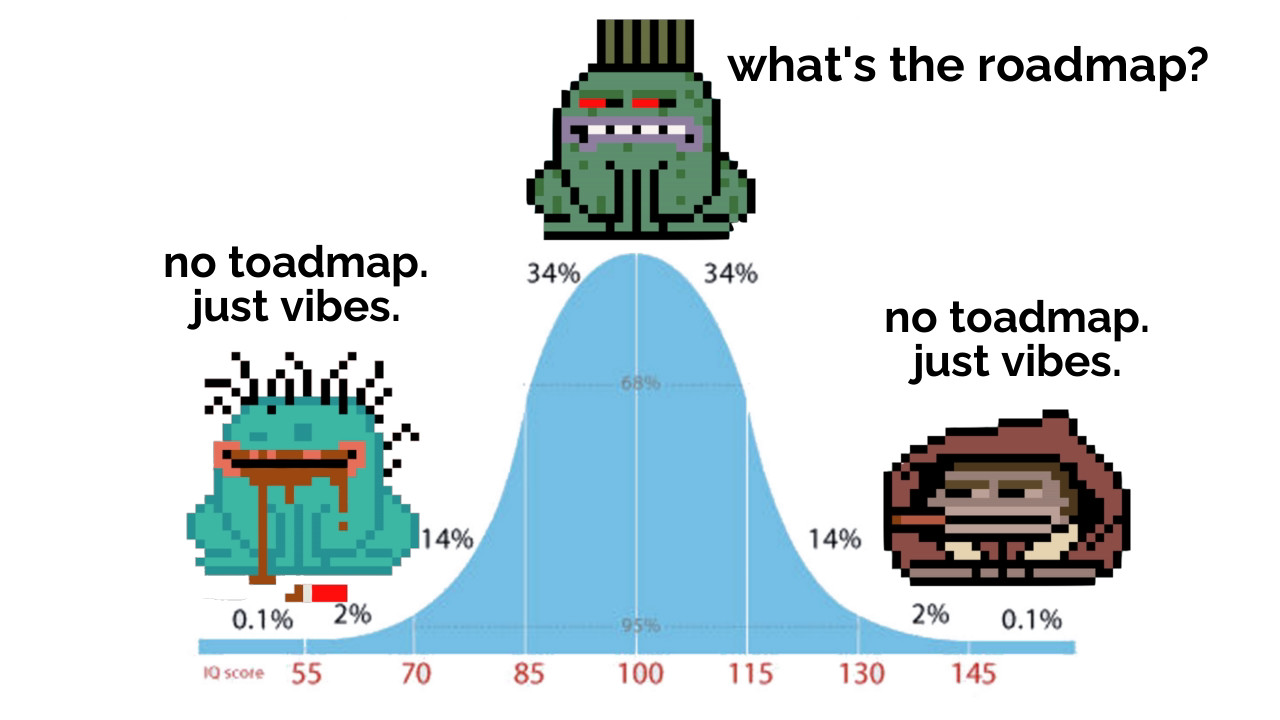 There is some exciting development set to launch soon, We were informed of an event @ Grempland in Cryptovoxels (checkout their discord for more details and announcements).

The project donated 120 ETH to the Rainforest Foundation and is focused on raising an army of like-minded !vibers to give back to the community creating a sustainable flywheel accruing value circulation.

PS: They are looking for some passionate community managers with drive and vibe, Jump into their discord and contact motivateme.eth#2938 to make your case.