Andre Cronje and Anton Nell announced on Twitter that they’re quitting DeFi and terminating 25 services and apps. The news was greeted with shock, plunging prices and investor rage 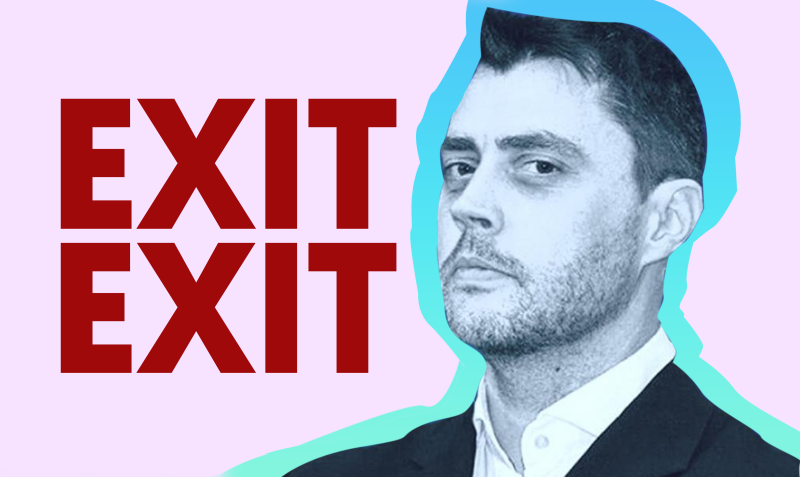 Cronje and Nell are legends in the DeFi world. Cronje is one of the most prolific developers out there with projects including Yearn and Solidity. Nell is a colleague and contributor who was working on Fantom Foundation (a scalable blockchain). According to a tweet published by Nell, both he and Cronje will be quitting decentralised finance altogether, taking with them 25 apps and services along with a big chunk of investor confidence.

Unsurprisingly, the news sent shockwaves across the markets. Tokens associated with the pair’s projects took a dramatic tumble. FTM (associated with Fantom) collapsed by 15%, YFI (Yearn’s native token) fell 13% and the fledgling Solidity token (SOLID) wrote off a staggering 64.73% of its value. Other associated projects including Keep3rV1 and Iron Bank also plunged.

Fury spread across Twitter, with many users likening the news to a rug pull. Tweets called it “criminal,” “gross” and accused Cronje and Nell of “complete lack of respect.” One user even claimed that people had ploughed their life savings into these projects, only for the two developers to walk away. The idea that a single Tweet could “terminate” 25 services and crash the value of so many tokens was greeted with horror. SOLID, one of the worst-hit tokens, only launched a few weeks ago.

The thread (which consists of just three tweets) simply lists the services that will be cut, when that will happen (3rd April) and tells readers that the decision has been a long time coming. This isn’t, Nell claims, a so-called “rage quit.” He thanks users for their support but that’s about it. A little more explanation might have calmed the markets or at least quietened some of the speculation around what - regardless of how it’s framed - feels like a sudden and rash exit.

Riding Out the Storm

Fantom quickly tweeted thanks to Cronje for his work and assured users that the project is much more than just one man. They also released a longer statement explaining that while Cronje’s contribution was vital, he was only ever an advisor. The core team remains strong and dedicated to the ongoing growth of the project. A tweet from Banteg (retweeted by Yearn) assured users that Cronje hasn’t worked on the project for over a year and that it’s backed by a team of 50 full-time and 150 part-time staff. Cronje’s departure doesn’t mean that these projects are suddenly dead in the water.

Almost by definition, DeFi should be able to stand independently via the operation of smart contracts, but investors will always look beyond the technology, towards the people. The presence of big name developers with established track records builds trust and confidence. Those two things have been ripped away. While the infrastructure around the projects will continue to function, it will take a long time for investors to settle and prices to rally back to pre-crash levels.

Some Twitter users did talk about buying the dip and others expressed a degree of sympathy for Cronje and Nell. They referenced the toxic nature of the DeFi world (citing daily death threats as one reason to walk away) while others congratulated the pair on leaving a career that no longer made them happy.

A History of Rage Quitting

The tweets came as a surprise to many but they didn’t emerge completely out of the blue. Cronje had already deleted his Twitter account and altered his Linkedn profile to show that he was no longer working with the Fantom Foundation. He has a history of “rage quitting” DeFi projects. Back in 2020 he branded the DeFi community “toxic” and threatened to walk away.

That meltdown was triggered when a crypto researcher sent Cronje a blog post suggesting that the dev could steal $40 million from yEarn’s users at any time and with no warning. Cronje responded by ceding more control of funds to a community wallet. He was never accused or even suspected of any wrongdoing but seemed shaken by the accusations and what he considered the constant attacks on his project.

It’s impossible to say exactly what triggered this (seemingly final) withdrawal from DeFi, but people have been speculating. Cronje was supposed to collaborate with Daniele Sestagalli (founder of Wonderland) on a new project. Wonderland was scrapped and funds returned to investors after its co-founder was doxxed as a former criminal. The collaboration won’t happen and this drama can’t have done much to ease Cronj’s concerns about toxicity.

For now, the platforms continue to function as normal and will almost certainly survive, but it remains to be seen in what form and how the departures will affect their prices. As for those 25 terminated services, they’ll be retired on 3rd April. With no explanation and no sense of closure, it’s hardly surprising that so many feel as though they’ve been rugged. What comes next will be a litmus test for DeFi. It will reveal how autonomous these platforms really are and how they operate without big name backing.