In a landmark case, a Singapore court has blocked the sale of a BAYC NFT on OpenSea over a loan disagreement. 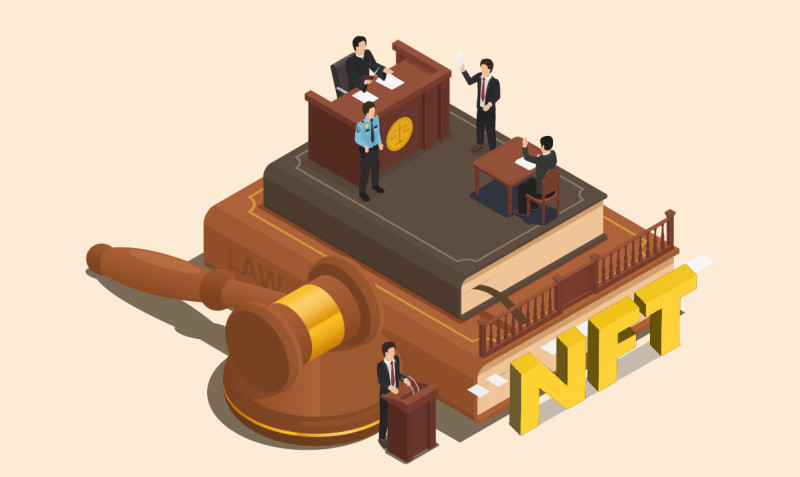 Using NFTs to secure loans might seem like a smart way to unlock liquidity, but if the deal goes wrong (or the two sides interpret the agreement differently) then things can quickly spiral out of control. That’s exactly what happened when a loan, secured against a high-value BAYC, turned into a legal battle. Now BAYC #2162 is subject to a court-ordered injunction and can’t be traded. The case is the first of its kind and has massive ramifications for NFTs and crypto more generally.

Despite setting a new legal precedent, the fundamentals of this case are quite simple. Rajesh Rajkumar is an NFT collector and owner of several Bored Apes. He entered into a loan agreement with another collector called chefpierre.eth on 19th March. Chefpierre would lend Rajkumar a sum of money secured against Rajkumar's BAYC #2162. If Rajkumar didn’t pay back the loan, chefpierre would receive the high-value NFT (the BAYC floor currently sits at 95.98 ETH). The loan agreement was finalised via the popular lending platform NFTfi. 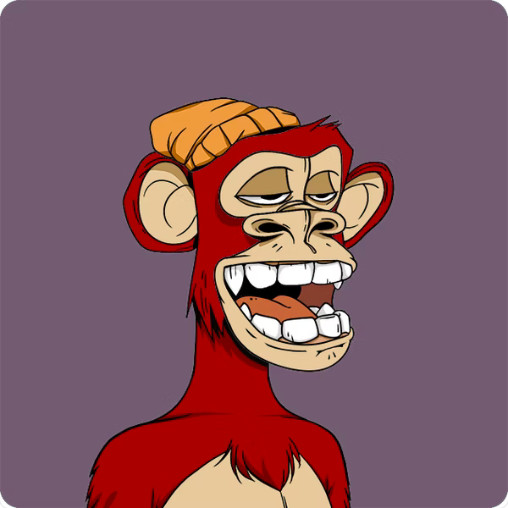 Rajkumar subsequently failed to repay the loan in the allotted time but a refinancing deal was struck on 20th April. This gave Rajkumar more time to pay and it meant that BAYC #2162 would be transferred to escrow until the loan was fully repaid. The agreement also included an option to extend the refinanced loan still further should Rajkumar be unable to pay. However, when Rajkumar missed the new payment date no such extension was offered. Chefpierre (or someone associated with him) allegedly transferred BAYC #2162 from escrow to his wallet and then put it up for sale on OpenSea.

According to Withers Worldwide (the legal firm acting on behalf of Rajkumar) this represents a clear “breach of the agreement.” The firm was able to secure an injunction that prevents trading of the Ape. Rajkumar and his team want chefpierre to accept payment of the loan and return the NFT. For the time being, #2162 is slapped with a “reported for suspicious activity” label on OpenSea, which means that it can’t be bought or sold. What happens next is down to the Singapore courts.

This case might sound novel, but the use of NFTs as collateral for loans isn’t uncommon. A cursory Google search of “NFT loans” turns up countless websites and companies offering liquidity against NFTs. The process is simple: if you own some high value NFTs you can use them as security against a loan. Default on the repayments and you’ll lose your NFTs in exactly the same way that a car or house might be repossessed. 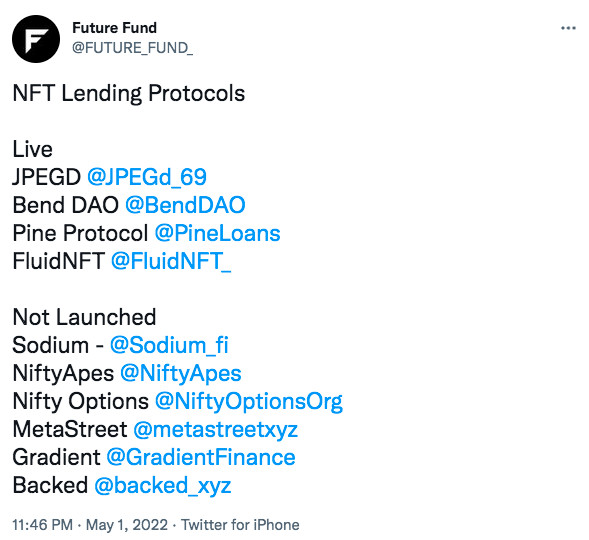 Right now NFT loans are mainly the reserve of people looking to fund crypto and DeFi startups, or simply those looking to purchase more digital art that they expect to accrue value over time. One collector recently secured a $1.25 million loan against 10 high value NFTs including work from Pak and Fewocious. NFT loan company Arcade lent $10 million in its first four months of operation and has recently expanded from a limited client list to the general public. Interest is usually around 20% but depends on a range of factors including duration of the loan and the value of the NFTs.

Depending on which way you look at it, NFT secured loans are either much safer (you won’t lose your home if you default) or much riskier (NFTs are new, borrowing against them is even newer and essentially unregulated). It’s unclear what happens if the value of the NFT plunges substantially below the value of the loan. These loans are, however, useful for collectors who want to unlock liquidity without having to sell their NFTs.

As attractive as the arrangement sounds, the fate of BAYC #2162 is proof of a market that’s very much in its infancy. Courts and lawmakers are currently engaged in a game of catch-up with crypto, enforcing new laws and regulations as more people are drawn to the DeFi space. If (as the court documents allege) chefpierre reneged on the loan agreement while Rajkumar still had time to extend, then this is yet another warning about being careful in new, all but unregulated markets.

The injunction is significant for several reasons. Not only is it the first of its kind in Asia, but it recognises NFTs as legal assets. It also sets a precedent for courts to assume jurisdiction over digital assets regardless of the blockchain’s decentralised nature. The only other similar injunction was issued by UK courts but the case was very different and involved thefts and hacking groups.

What happens next will establish a precedent for how NFT loans are administered and regulated. The ramifications are wider than that, though. Most DeFi purists will baulk at the idea of any kind of regulation, but as NFTs are increasingly treated as assets by the courts and legal systems appear ever more willing to exercise jurisdiction over the blockchain, that may well be the direction we’re headed.

NFTs Have Their First Court Appearance

$34 Million in Crypto Locked up in Contract Bug