What If Bill Gates is Shortsighted?

Could Bill Gates’ opinion of cryptocurrency and Non-fungible tokens have been any further from the truth about this rapidly evolving aspect of modern technology? 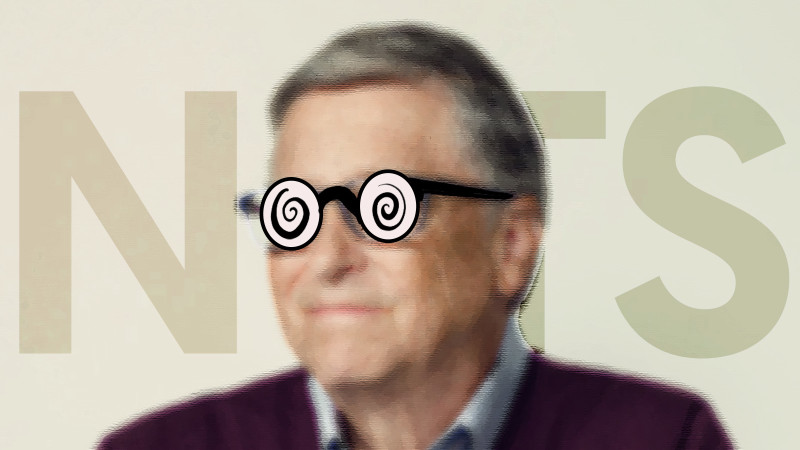 It is no longer news that cryptocurrency is a volatile asset class and the ongoing bear market has not aided its course among people who have a pessimistic view of them. So far, the group of crypto pessimists has primarily been among the baby boomer generation, who are already classified as senior citizens and gradually walking their way out of the global workforce.

These doubts have not excluded the old tech and supposedly tech-savvy members of the boomer generation. As evident, the highlight of such doubts recently manifested when Bill Gates, the founder of Microsoft and a leading tech brain of his generation, commented that cryptocurrencies and NFTs are based “100% on the greater fool theory”.

Bill Gates has never hidden his doubts about cryptocurrencies and NFTs and had previously stated during his interview with Bloomberg in February 2021 that he was not interested in the asset class.

His comments at the recently concluded TechCrunch conference have further affirmed his stance. There, he tagged NFTs as “based on the greater fool theory”. His comments, therefore, indicated that Bill Gates, the dominant tech genius of the 20th century, is no longer in tune with the course of modern technology.

A Clue from Tech Venture Capitalists

Recent investments from well-established tech venture capitalist firms could give a clue into what the future holds for NFTs as opposed to what Gates believes. Large tech investors such as Greylock Partners, Sequoia Capital, and Lightspeed Venture Partners have made huge investments in NFTs recently.

The interesting thing about these investors is that they are known to have led investments in some of the biggest tech companies in existence today. They boast an impressive portfolio that includes tech companies such as Discord, Figma, AppDynamics, Rubrik, Okta, Uber, and Zoom, among others.

Venture Capitalist firms are known to be good at prospection when it comes to investing in tech firms, therefore, it is no coincidence this time that they are betting big on NFTs. Massive NFT investment from VCs could only imply that prospects will grow big in the years to come.

A recent Twitter thread by Nick Tomaino following the launch of the 1confirmation $100 million NFT funds succinctly summarizes the essence of NFTs and their future relevance; 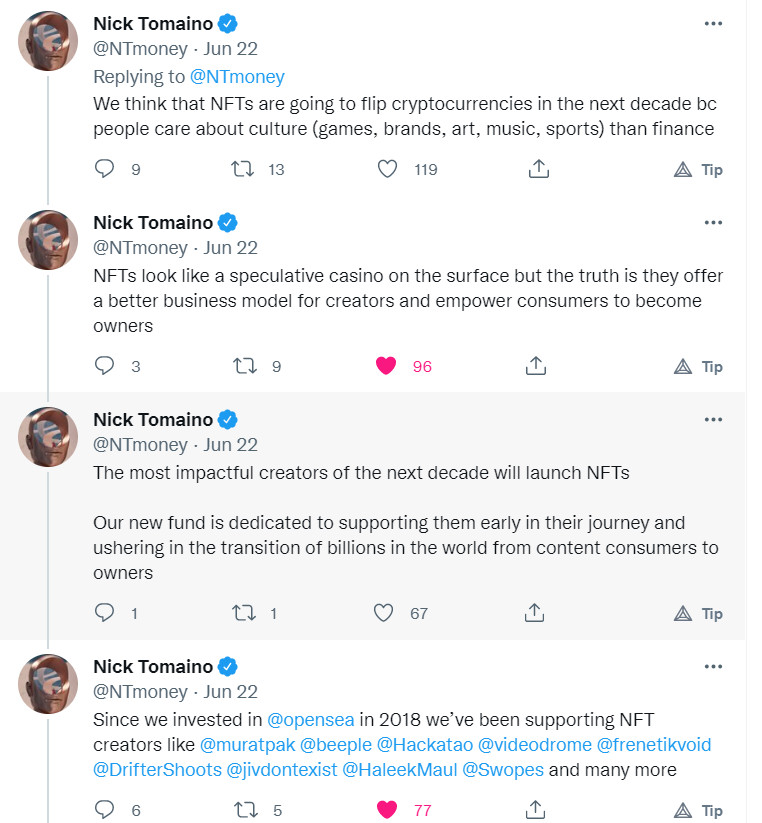 NFTs are about preserving cultures. If VCs are betting on it and young tech leaders like Mark Zuckerberg are big on it, it then becomes obvious that Bill Gates is not seeing the bigger picture.

Boomers are in the Back Seat

The baby boomer generation is already on its way out of the global workforce and they are largely not at the cutting edge of modern technological evolution. They had their primes at a time when centralization and large tech corporations defined the direction of technological advancement.

This could have further contributed to shaping their perception of the current trend of technological decentralization which seeks to empower creators, putting power back in the hands of creatives. Web3 is already the vogue and as this trend continues to grow, many baby boomers might eventually have to resign in the back seat making room for the present dispensation to shape the course of technology like they once did.

This will be of no exception to anyone who falls into this category, and even the great Bill Gates will have to make way for young minds to take the rein in a space he once shaped and dominated.

We have only seen a glimpse of what NFTs will become over the next decade and VC investments are further proof that NFTs will be at the cutting edge of culture in the years to come.