A newly formed DAO was unsuccessful in its bid to purchase a copy of the US Constitution, but serves as an example of the power of DAOs 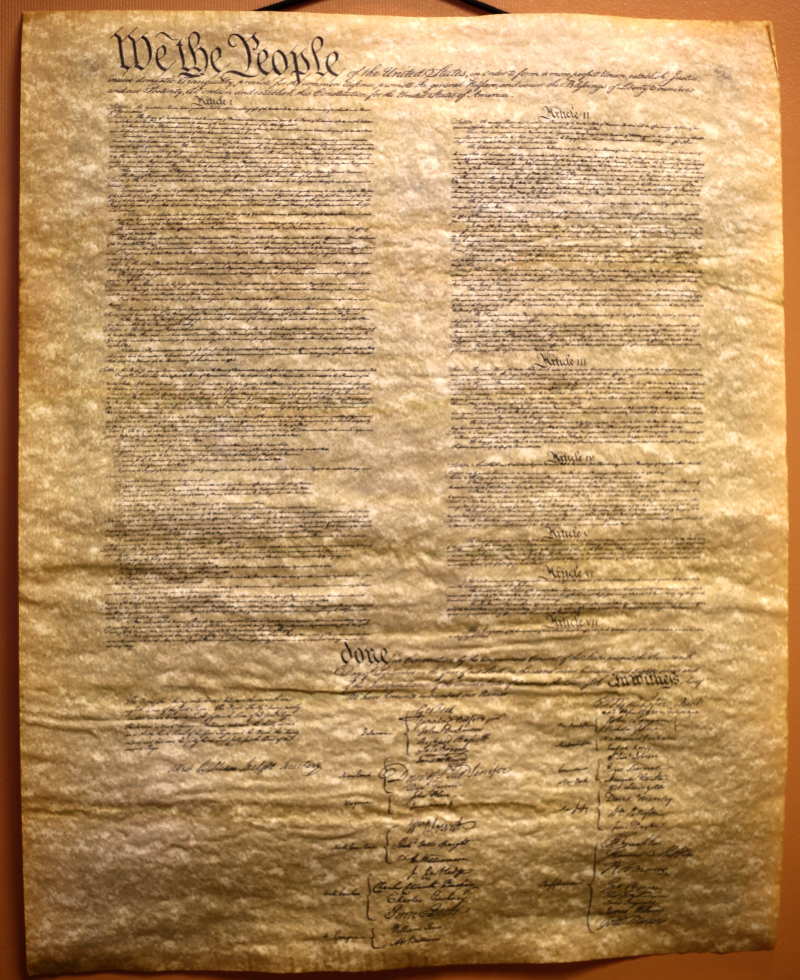 “DAO” stands for “decentralized autonomous organization.” A DAO acts as a community of like-minded individuals, typically funded by cryptocurrency and fully automated with governance and open-source smart contracts. The mechanism underlying most DAOs is fully decentralized, which means that no single person or institution has full control of the funds and the underlying code. Every transaction and change in must be approved or rejected by a popular vote of the DAO’s constituents. Thanks to the blockchain, DAOs are distributed across thousands of computers spread around the world, making them virtually impossible to suppress or tamper with.

In mid-September, Sotheby's announced it would be auctioning a very rare first edition copy of the Constitution of the United States. Only 11 copies of this edition are known to exist, and 10 of them are in the custody of government institutions. Therefore, this is the only copy of its kind available on the open market. This version is said to be even more valuable than copies of the Declaration of Independence, due to its hand corrections by other signatories to the Constitution and the extremely small number of copies. This particular document is sometimes called the "Goldmann copy" after its previous owner, the late businessman S. Howard Goldman of New York.

The ConstitutionDAO project was conceived by Austin Cain and Graham Novak, who decided to pool funds to attempt to win the Sotheby’s auction. The idea was introduced on a Discord chat and quickly gathered support. The DAO managed to amass over $40 million worth of Ethereum within less than two weeks, with a total of 17,437 donors (with a median donation of $206 USD).

The platform used was Juicebox, which specializes in DAO crowdfunding and the wallet used to store the funds was a Gnosis Safe with 13 separate signers. In exchange for their contribution, DAO members received a governance token named $PEOPLE, which allows them to vote in project updates.

To bid in the auction, the organization had to seek an arrangement with the US-based exchange FTX. This company would be in charge of converting ETH to dollars and handling the transfers. To add further complexity, Sotheby’s rigorous identity verification procedures don't allow for thousands of people under the same name. A non-profit organization helped place the bids on behalf of the collective.

Unfortunately, on the date of the auction, ConstitutionDAO was not successful in winning the piece. After a prolonged bidding battle that doubled the initial estimates, the maximum budget of the DAO was not enough to win the bid, cover the transfer fees, and pay for the maintenance of the historic document. Reluctantly, the organizers had to admit defeat by a small margin. The final price was set at $43M.

Despite this setback, many of the participants remain optimistic and have begun to postulate alternative ways to use the funds. The organization is building a web app that will allow the exchange of $PEOPLE for ETH. Some holders have no intention of getting rid of their tokens, which has led the organizers to launch a second governance token called We The People ($WTP) to adapt the project to new endeavors.

Although ConstitutionDAO suffered a defeat in the auction, this project marked the beginning of a new era for DAOs. Until recently, DAOs were unknown to most people, including most cryptocurrency enthusiasts. This venture introduced millions of people through mainstream and crypto media attention to a novel governance and crowdfunding technology, as well as crypto in general. Copycat projects are sure to follow.